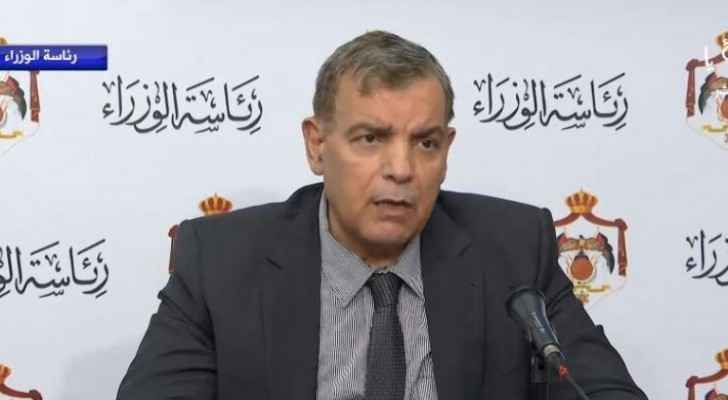 The Minister of Health, Saad Jaber, has announced that 20 new coronavirus cases were recorded in Jordan today, bringing the total number of cases reported since the beginning of the crisis to 649.

Jaber explained that the cases recorded in Zarqa had contact with the infected truck driver who lives in the Al-Khanaseri area of Mafraq or with those who contracted the virus from him.

He mentioned that four new recovery cases were reported in the Kingdom today.

"4,126 random tests have been conducted today, bringing the total number of tests conducted since the beginning of the crisis to 148,356," Jaber confirmed.

"The more we open up, the more infections we should expect," Jaber stated, confirming that the number of epidemiological inspection teams will be increased to over 160 teams.

The Minister announced that a modern testing device will arrive in the next few days and will help double the daily testing capacity by 4,000 tests.

He said that recording cases in a wide geographical area is not a "serious indication", explaining that the Kingdom has not arrived at "dangerous thresholds" yet.

"What would be more concerning is the doubling of cases for three consecutive days or discovering three hotspots of an unknown source of infection," Jabir indicated.

He described the situation as "good so far", stressing that epidemiological inspection teams are capable of clearing up any hotspot and isolating those infected from the rest of the population.