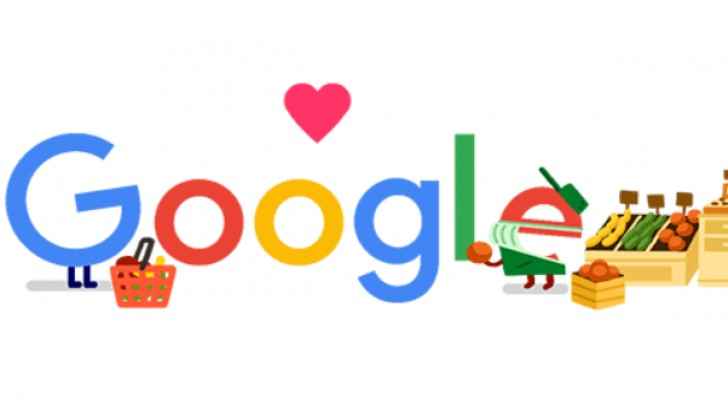 Today, April 13, Google has delivered a special "thank you" message to all grocery workers in the world with a Google Doodle dedicated especially for this purpose.

In a message to grocery workers, who are always out there to ensure that people receive their needs of groceries amid the coronavirus crisis, the Google Doodle said: "To all grocery workers, thank you."

Google through its series of Google Doodles has been thanking all the people who are working during this crisis.

Given that there will be several Doodles in this series, Google is using the same basic format where the "G" sends heart/thanks/appreciation/respect to a themed "e" at the end.

1) April 6: Public health workers and to researchers in the scientific community.