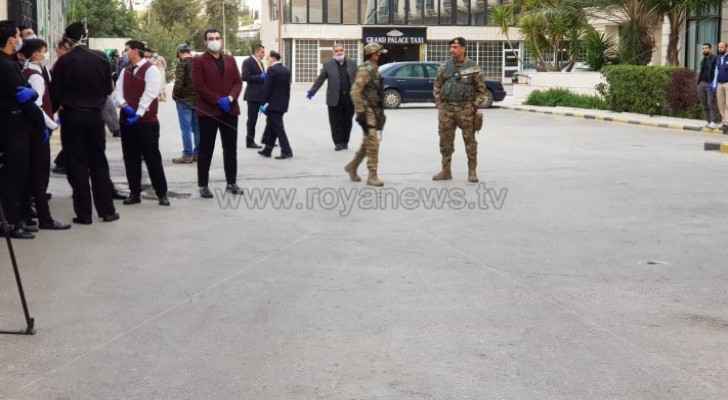 Discharging people quarantined at the Regency Palace Amman hotel has taken place since early morning, through a proper plan by the National Committee for Epidemics, the official responsible for the process, Qassem Al Qudah said.

The quarantined were transported via ride-hailing apps vehicles, in coordination with the Land Transport Regulatory Commission (LTRC). The process is being followed by the crisis management operations rooms.

Nearly 296 people were taken home in various governorates of the Kingdom, Qudah said.

He added that some are non-Jordanians and will be transported to Palestine through the King Hussein Bridge.

"The quarantined people were discharged after they all tested negative for coronavirus," Qudah stressed.

A few days ago, the Minister of Health, Saad Jaber, said that the people quarantined at hotels will have a 14-day home quarantine.

The Minister warned them of having direct contact with others, urging them to abide by the instructions.