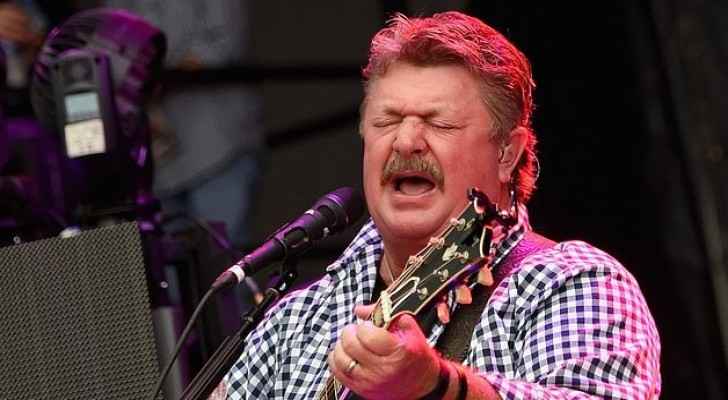 The musician passed away after suffering complications from COVID-19, the respiratory illness caused by the novel coronavirus, his spokesman confirmed to Variety.

"Grammy-winning country music legend Joe Diffie passed away today, Sunday, March 29, from complications of coronavirus (COVID-19),' they wrote. 'His family respects their privacy at this time."

Diffie revealed the results of his positive coronavirus test Friday on Instagram, the Daily Mail reported.

"I am under the care of medical professionals and currently receiving treatment after testing positive for coronavirus (COVID-19)," his test post read.

"My family and I are asking for privacy at this time," the statement continued. "We want to remind the public and all my fans to be vigilant, cautious and careful during this pandemic."

The announcement made him the first country musician to report a positive coronavirus test.

The Grammy winner was best known for more than 20 top 10 hits, and he was a staple of country radio in the 1990s for songs including Honky Tonk Attitude, Prop Me Up Beside The Jukebox, John Deere Green, Third Rock From The Sun and Pickup Man.

Diffie released 13 albums during his career, of which two were certified platinum and another two went gold.
He also joined country music royalty as a member of the Grand Ole Opry for 25 years.

The artist's commercial heyday mostly ended after the '90s, and he hadn't had a hit since 2001, but he had reportedly planned to release a new album in the near future, his first in seven years.

Even if he wasn't on the charts or the radio as much in recent years, other artists still felt a sense of gratitude for his music.

In 2012, country singer Jason Aldean released the single 1994, which name-checked multiple Duffie hits and even mentioned him by name.

Just last week, Diffie posted another bit of disheartening news to Instagram, informing fans that some scheduled shows would have to be postponed due to the health crisis.

"I just want to say to all the fans, the show cancellations are not my idea of a good time," Joe captioned a black and white photo of him with his fourth wife Tara Terpening.

"Promoters, venues etc are postponing these events, as expected with everything going on. These shows that are postponed are affecting all of us musicians and our bands, crews, drivers, etc.," he continued.

"Please pray for all of us and hope we can get America back on track and back to normal. We definitely will miss all of the fans and we plan on rescheduling any shows postponed! Thanks for being the greatest fans ever! Stay well and see you out there soon!!!"

Diffie joined other famous personalities who have tested positive for the disease, including Tom Hanks, Rita Wilson, Idris Elba, Prince Charles and UK Prime Minister Boris Johnson and many more, though most who have reported positive test results have had relatively mild symptoms.