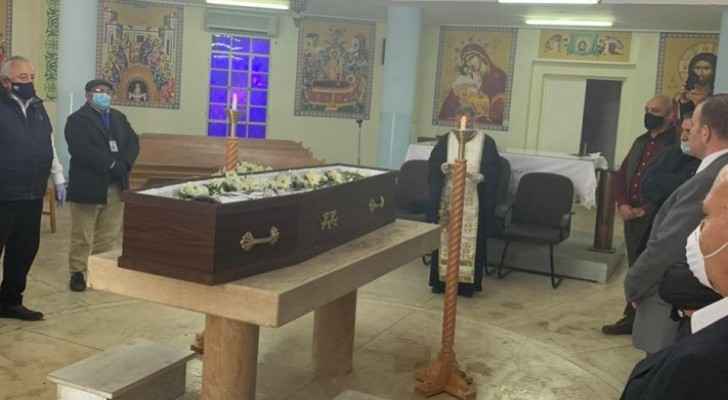 The Jordanian Palestinian patriot, Terez Halasa, who died at the age of 65 yesterday after a long struggle against illness, was buried today at Um Hayran graveyard in a small ceremony due to the current curfew and lockdown.

Halasa was born in 1954 to Isaac Halasa, a Jordanian from Kerak, and Nadia Hanna, a Palestinian from Rama village, Acre. The couple had moved to live in Acre in 1946.

In 1971, Halasa ran away from home to Bethlehem in the West Bank and on to Lebanon where the Palestinian resistance was based, to join Fateh and become a freedom fighter at the tender age of 17. In the resistance, she was known for her demand that women should be at the forefront of resistance operations.

In 1972 she joined three other fighters, another woman and two men, in an operation in which they hijacked a Belgium Sabina aircraft heading to the occupation state. The declared purpose of the operation was to liberate Jordanian and Palestinian prisoners, but at the time Palestinian resistance conducted these operations to highlight their cause at the international level. Their treatment of passengers on board was described as "humane."

Upon landing in Al-Lud airport, and after supposed negotiations, a Special Forces troop disguised as Red Cross employees stormed the airplane. A member of the special force at the time was current Israeli Prime Minister Benjamin Netanyahu, who was shot in the shoulder by Terez Halasa. Brothers Ali Taha and Zakaria Atrash were martyred, and Halasa and her comrade Rima Issa were injured and arrested.

She was sentenced to two life terms plus 40 years in prisons by occupation courts, spent ten years and was freed in a prisoner swap in 1983, to be deported to Jordan.

In Amman, Terez Halasa got married and had three children. She continued to be active in support of her primary cause, the liberation of Palestine till the end of her life. Video: Burial of woman who died due to coronavirus in ....