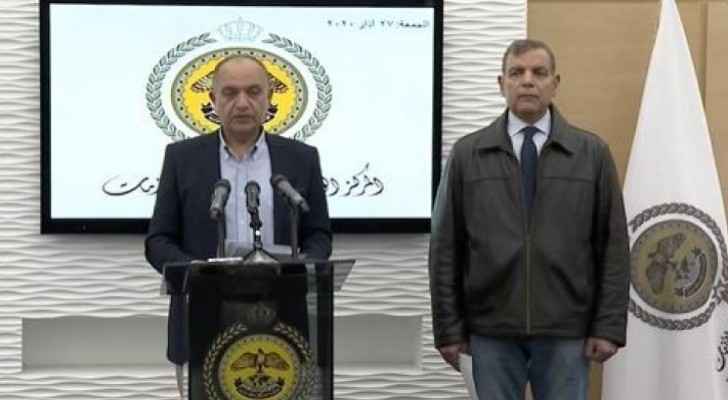 The Minister of Health, Saad Jaber, has announced that 23 new coronavirus cases were confirmed today, bringing the caseload to 235.

During a press briefing at the National Center for Security and Crisis Management, the Minister said that among the infected are eight residents of a building in Amman, five people in Irbid governorate, two people returned from the United States and were already quarantined, one person returned from Pakistan, a Lebanese national, two cases and it's still unknown how they contracted the virus, three family members who had direct contact with an infected man who returned from Saudi Arabia.

The Minister also announced that 16 people were discharged from Prince Hamzah Hospital in Amman today, bringing the total number of recovered people to 18.

"A doctor has tested positive for the virus," Jaber said, confirming that 40 people who had direct contact with him tested negative.

He urged any infected person to make the medical test, describing any citizen who conducts the test in this regard as a "hero."