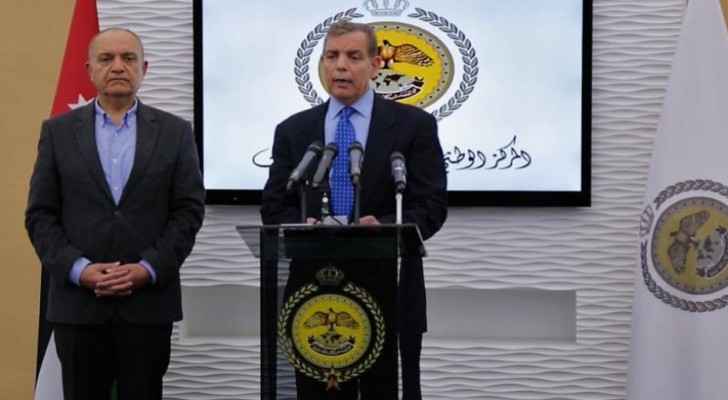 The coronavirus caseload in Jordan has reached 99, including the citizen who recovered, the Minister of Health, Saad Jaber, announced during a press briefing this evening.

The Minister confirmed that 15 new cases were reported today.

"The increase in the number of cases is a dangerous indicator and is a sign that people are not abiding by the precautionary and preventative instructions," Minister Jaber said.

He called on citizens to keep a social distance to prevent the spread of the virus.

For his part, the Minister of State for Media Affairs, Amjad Adaileh, said that a number of pharmacies and bakeries will be open during the curfew with delivery services.

"We will be checking on all the needs of citizens and we must coexist with the curfew during the coming days and weeks," Adaileh confirmed.

He added that the government is considering to give special permits for dialysis patients.