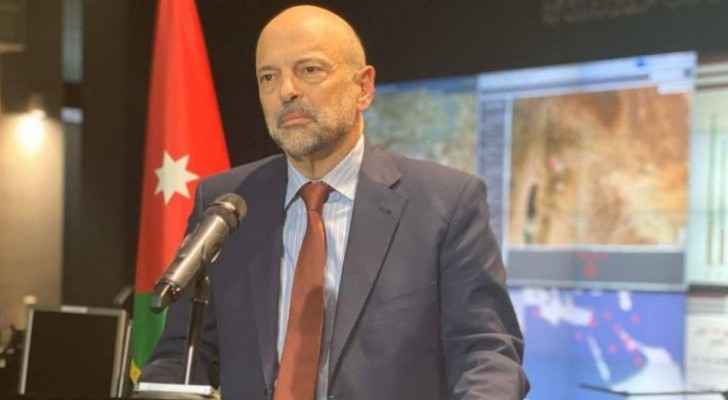 Prime Minister Omar Razzaz announced this evening the activation of the National Defence Law after His Majesty King Abdullah II approved the government's recommendation to invoke the 1992 law to help curb the outbreak of the novel coronavirus (COVID-19) in the Kingdom.

"Pursuant to Article 124 of the Constitution, and after the issuance of the Royal Decree; and given the existence of an exceptional circumstance that requires providing an instrument for the government and an additional means to protect public health and preserve the health and safety of citizens, I hereby announce the activation of the Defense Law," the Prime Minister told the nation in a televised statement.

Razzaz assured that political rights and freedom of expression are guaranteed and private property will not be harmed, emphasizing that the right to life and good health is a sacred right that prevails over other rights.

"Consequently, it is necessary to differentiate between the right to express an opinion, which is protected, and disseminating rumors, fabrications and false news that sow panic, something with which we will deal firmly," Razzaz stressed.

He added: "I hereby emphasize that the Defense Law, as ordered by His Majesty the King, will be applied in the minimal limits."

The prime minister affirmed that official capabilities are sufficient to handle the situation, pledging that private property will not be affected.

Razzaz said his government will work to put in place procedures and decisions that ease off duce burdens on citizens, and ensure that basic services are provided regularly. Also, the prime minister stressed that the government will take economic measures to protect the private sector and its institutions to help them overcome this crisis.