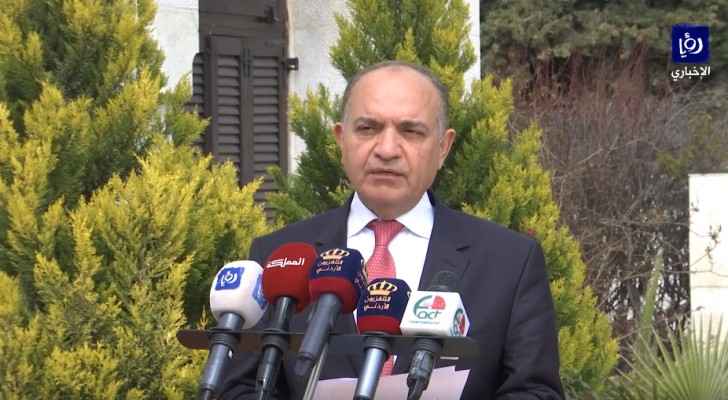 The Minister of State for Media Affairs, Amjad Al-Adayleh, revealed that there is a significant shortage in the numbers of imams at the Kingdom's mosques.

During a press briefing he made today, Adayleh pointed out of 7100 mosques, 1284 mosques in Jordan are without imams or even servants.

The Council of Ministers also decided to increase salaries of workers at the Da'wah Fund, and under Article 305 of the Awqaf Ministry in two preaching jobs and mosque servants by JD25, similar to the salary hikes of workers in the public and private sectors, Adayleh added, noting the number of beneficiaries is 1107 Awqaf workers, which contributes to improving their living standard.

In the meeting, chaired by Prime Minister Omar Razzaz, the Cabinet was briefed by the Awqaf Minister on the ministry's works, key challenges, and future plans.

King meets with group of imams, preachers, joins them for ....