Jordan has 1.3 million dunums of land registered as forests

Jordan has 1.3 million dunums of land registered as forests 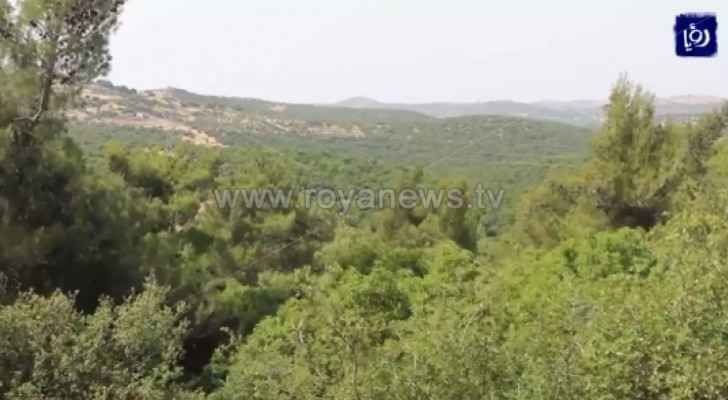 The area of land registered as forests has amounted to 1.3 million dunums at the end of 2018, approximately 1.5% of the total area of Jordan, according to recent statistics issued by the Department of Statistics (DoS).

During its announcement of its agricultural survey results on the occasion of Arbor Day, the DoS noted that vegetation covers 3.7% of the Kingdom’s area, the Jordan News Agency (Petra) reported.

The survey, which was carried out during the 2010-2018 period, shows that trees account for 63.7% of Jordan’s vegetation.

Statistics indicate that increasing forested areas is one of the Ministry of Agriculture’s priorities. In 2018, the area of trees planted alongside roads around the Kingdom reached 5,137 dunums.

The DoS stated that the results of the plant production surveys showed that the highest production amount of fruit trees was in 2015 and amounted to 621,200 tonnes.

The least productive year for agricultural production was 2011, with a production amount of 426,500 tonnes, the DoS said, adding that these variations are due to climatic conditions and common natural phenomena.

The Arbour Day annually falls on January 15. Several tree planting events are organized in Jordan on this occasion.