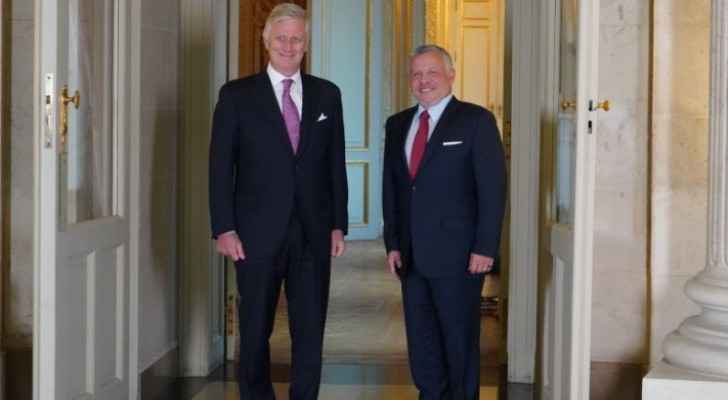 His Majesty King Abdullah’s meeting with King Philippe of Belgium in Brussels on Tuesday covered the strong ties between the two countries and means to boost them in various areas.

During the meeting, held at the Royal Palace of Brussels, the importance of maintaining coordination and consultation between the two countries on various regional and international issues, in service of mutual interests and enhancing global peace, was stressed.

Discussions also addressed regional developments, foremost of which is the Palestinian cause, with King Abdullah reaffirming the need to step up international efforts to end the Palestinian-Israeli conflict on the basis of the two-state solution, leading to the establishment of an independent Palestinian state on the 4 June 1967 lines with East Jerusalem as its capital.

The importance of reaching political solutions to regional crises and continuing the fight against terrorism within a holistic approach was also underscored.