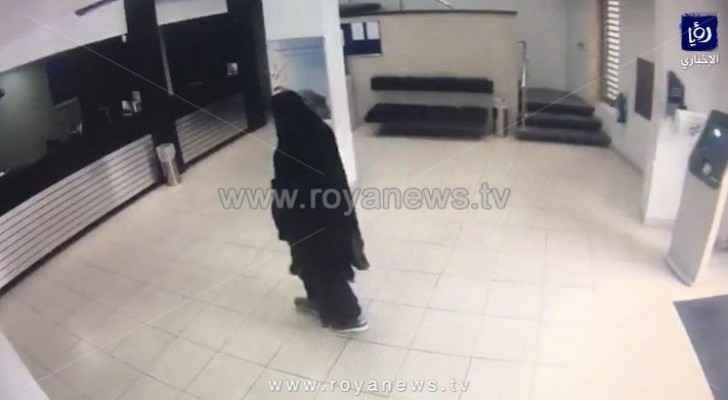 Members of the Criminal Investigation Department (CID) managed to arrest two men who robbed a branch of the Jordan Commercial Bank in Amman, media spokesman for the Public Security Directorate (PSD) said.

The media spokesman explained that after the eastern Amman PSD received a report of the robbery, an investigation team was immediately formed to identify the robbers and arrest them.

In record time, the CID members were able to identify the main person involved in the robbery, who was wearing women's clothing when the robbery occurred, and arrest him.

As he was interrogated, he admitted to robbing the bank at gunpoint jointly with another one.

The media spokesman added that by searching the house of one of the arrested persons, a firearm and women's clothing were seized.

In addition, police were able to seize the vehicle the robbers were getting into.

The investigation into the incident is still underway.