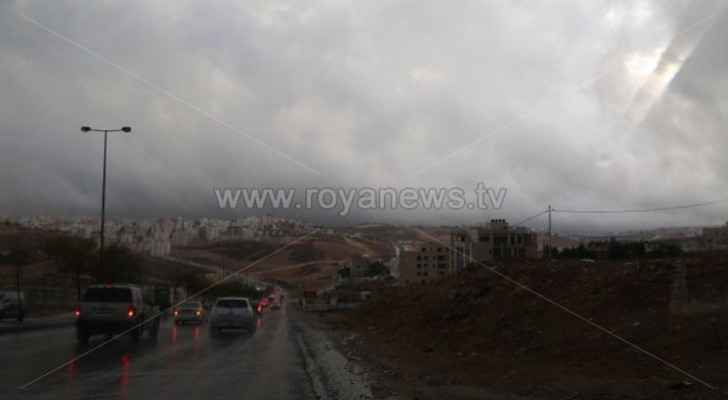 Jordan is expected to get affected by a weather depression coming from Cyprus, leading to overcast skies in most parts of the Kingdom tomorrow afternoon, according to Jordan Meteorological Department (JMD).

During daytime, rainfall is expected in the northern and central parts of Jordan and some parts of the eastern and southern regions with southern easterly moderate speed winds.

At night, the weather will be cold with cloudy skies in various regions of the Kingdom.

Rain is expected in different areas, where it may heavy and accompanied by thunderstorms and hail showers.

Heavy rainfall may cause flooding in the valleys and lowlands.

As for Monday, December 9, Jordan will remain under the influence of a cold air mass, where the weather will be relatively cold with cloudy and rainy skies during daytime.

Rain may be heavy and accompanied by thunderstorms in some areas, causing flooding in the valleys and lowlands.

Read more: Several weather depressions to hit Jordan in the next 10 days