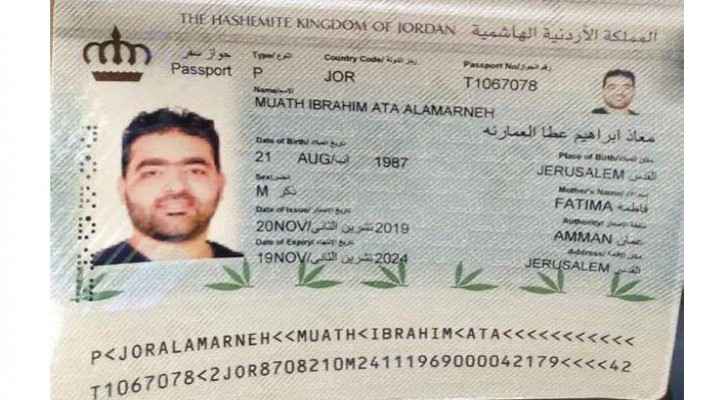 The Director-General of the Civil Status and Passports Department, Fahad Al-Amoush said on Wednesday, November 20, 2019 that the Department has renewed the temporary Jordanian passport of the Palestinian photojournalist, Moath Amarneh, who lost his eye after being badly injured by a metallic bullet fired by an Israeli soldier in the Surif region of the Hebron governorate, where he was covering a protest against land confiscation.

In a phone call with Roya, Amoush added that the passport was handed over to Amarneh's cousin, who is in Jordan.

He confirmed that renewing Amarneh's passport came in implementation of royal directives to the cabinet to provide the necessary health care to Amarneh.

In turn, Amarneh's family expressed great thanks to His Majesty King Abdullah II for ordering the cabinet to follow up on their son's condition. 'Raise your head high' says a bystander to journalist ....

'Raise your head high' says a bystander to ....

'Raise your head high' says a bystander to ....