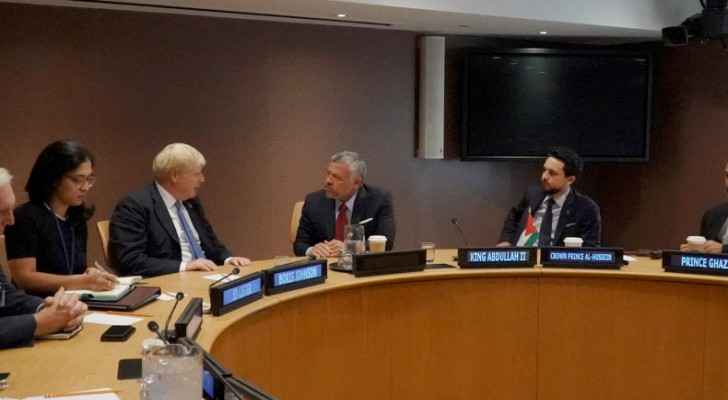 Discussions, attended by His Royal Highness Prince Ghazi bin Muhammad, His Majesty’s chief adviser for religious and cultural affairs and personal envoy, covered the strategic and deep-rooted ties between Jordan and the United Kingdom, and the latest regional developments.

The meeting, held on the sidelines of the Leaders Dialogue: Strategic Responses to Terrorist and Violent Extremist Narratives, addressed the importance to expand cooperation in various fields and maintain coordination and consultation between the two countries on various issues of mutual concern.

Turning to the Palestinian cause, His Majesty reiterated that the two-state solution is the only means of resolving the Palestinian-Israeli conflict, which guarantees the establishment of an independent Palestinian state on the 4 June 1967 lines, with East Jerusalem as its capital, living side by side with Israel in peace and security.