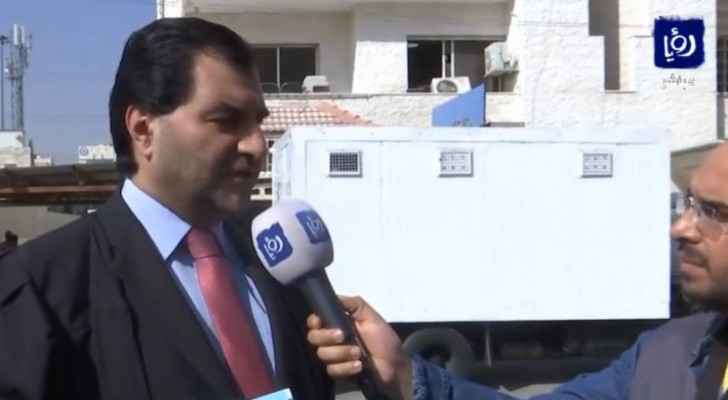 The Legal Counsel of the Jordanian Teachers Syndicate Bassam Freihat, a lawyer representing the Syndicate, stood in West Amman court on Thursday, September 19, 2019, after a citizen filed a complaint against the Syndicate over the teachers' strike, which he said, "has negatively affected his children."

Lawyer Freihat exclusively told Roya, "the Syndicate called for rejecting the complaint due to the invalidity of the litigation and since the plaintiff has no interest in filing the complaint."

"In addition, the Syndicate submitted another application rejecting the complaint due to the invalidity of the actions taken by the court as it dealt with the case as a matter of urgency," he noted.

Freihat also wished that the court's decision would be in favor of the Syndicate.

The complaint was filed following the open strike that was organized by teachers, since it is considered as "a violation of Article 3/6 of the Jordanian Constitution, which emphasizes the Right to Education law."

"The strike is also a violation of the provisions of Article 40 of the Education Law No. 3 of 1994," the complaint indicated.

Media spokesman for the Teachers Syndicate, Nour Al-Deen Nadeem assured that teachers are committed not to carry out any sit-ins in front of the West Amman court based on a decision made by the vice president, Nasser Al-Nawasrah, who called on teachers not to stage any protests before any court.

All court sessions postponed for a month amid corona fears

All court sessions postponed for a month amid ....

All court sessions postponed for a month amid ....

All court sessions postponed for a ....