Will Jordanians benefit from Saudi Arabia's decision to unify price for Haj, Umrah and visit visas?

Will Jordanians benefit from Saudi Arabia's decision to unify price for Haj, Umrah and visit visas? 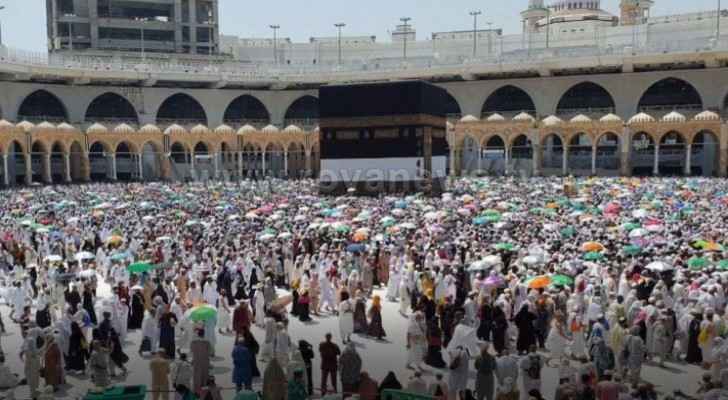 Saudi Arabia's decision to unify the price for Haj, Umrah and visit visas has made Jordanians wonder if they will benefit from it.

The Saudi authorities had earlier decided to impose RS300 (JD56.72) on each pilgrim visiting the holy site in addition to a flat tax of RS300.

Kamal Abu Diab, secretary-general of the Jordan Society of Tourism & Travel Agents (JSTA) said that Saudi Arabia had taken a positive step after it canceled the fees of repeating Umrah, which amounted to SR2,000, equal to JD378.133.

Abu Diab, the media spokesman for the Hajj and Umrah agencies, said in a special statement to Roya that the decision may negatively affect the proportions of Jordanian Umrah pilgrims, since all pilgrims will now pay SR600 (JD113.440) for levies, flat taxes and ground handling, which will increase the cost of Umrah to JD80-JD90 for all.

However, the cancelation of repeating Umrah fees may positively affect Jordanian Umrah pilgrims as many of them were already waiting for this decision.

He pointed out that the cost of Umrah for Jordanians visiting the holy site for the first time, ranged between JD120 and JD150, but it will now be above JD200.

SR300 for Hajj, Umrah and visit visas to Saudi Arabia