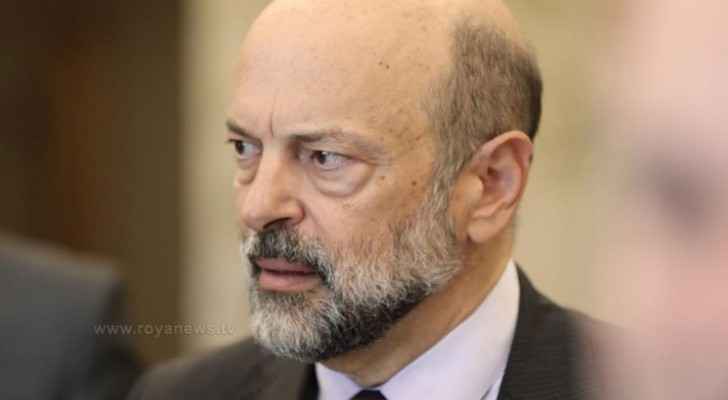 Prime Minister Omar Razzaz urged on Tuesday, September 10, 2019, the Jordanian Teachers Syndicate to halt a nationwide strike, now in its third day, and pursue dialogue as the only path to address the teachers' demands.

Razzaz said in a statement that he hopes the Syndicate would suspend the strike and refrain from using students as "leverage to achieve any demands, be they legitimate or otherwise."

"Unfortunately, the Teachers Syndicate chose the path of escalation. We believe that this avenue will not lead us all to any outcome. We, as a government, believe in and insist on the language of dialogue," Razzaz said.

The Prime Minister noted that the Syndicate had agreed to an offer by the previous government for a 250-percent performance-based basic pay hike, not only 50% as demanded now, but the Syndicate totally rejected any linkage of a pay hike to performance.

He said: "There is a legal aspect of the strike. We believe in a strong state governed by the law, a strong society and institutions that invoke the law. If the Syndicate insists on continuing the strike, then the government will act in due time and accordingly."

The current council of the Syndicate should have resumed the dialogue from where it left off with the previous council rather than put everything aside and start from scratch, Razzaz indicated.

Razzaz pointed out that the government hoped for a dialogue with the teachers' syndicate over the previous agreement rather than pursue strikes, adding: "If every entity wanted to achieve its demands using this approach, where will be taking the country?"

PM Razzaz said his government fully understands the difficult living and economic conditions of teachers, but, at the same time, it believes that any reward should go only to outstanding and creative teachers.

He stressed that everyone supports any move to improve the living conditions, but it should run in parallel with higher productivity and efficiency of human resources, and more importantly, the higher interest of the national economy.

In that context, the prime minister announced that the government is devising an "integrated project in this regard", some important parts of which would be launched in the coming period.