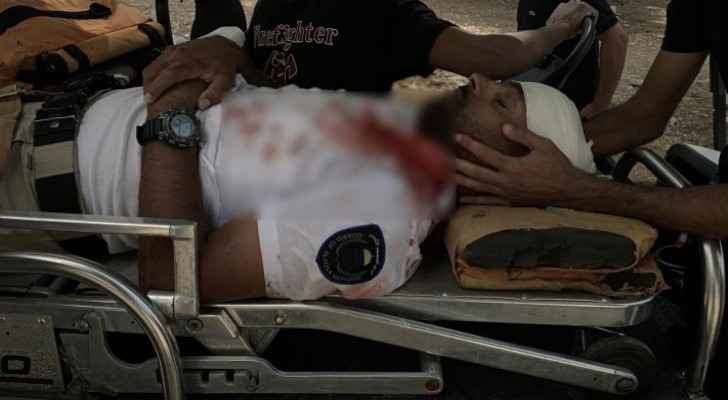 The Israeli Occupation Forces (IOF) have brutally attacked guard of Al Aqsa Mosque, Muhannad Idris before arresting him near Bab al-Rahmeh in Jerusalem on Wednesday, August 7, 2019, according to Roya's correspondent in Jerusalem.

The IOF were deployed this morning in Al-Aqsa Mosque's squares and accompanied the settlers during their tour in Al-Aqsa.

These incursions came on the Destruction of the Temple's memorial, which falls on next Sunday, August 11, 2019, the first day of Eid Al Adha.

On that day, the IOF intensify their incursions to Al-Aqsa Mosque, where the "alleged temple groups" call on the Israeli Prime Minister Benjamin Netanyahu to allow settlers to storm Al-Aqsa and to not close Mughrabi Gate (Bab Al Magharbeh).

The raids are usually carried out under the pretext of Muslim holidays.