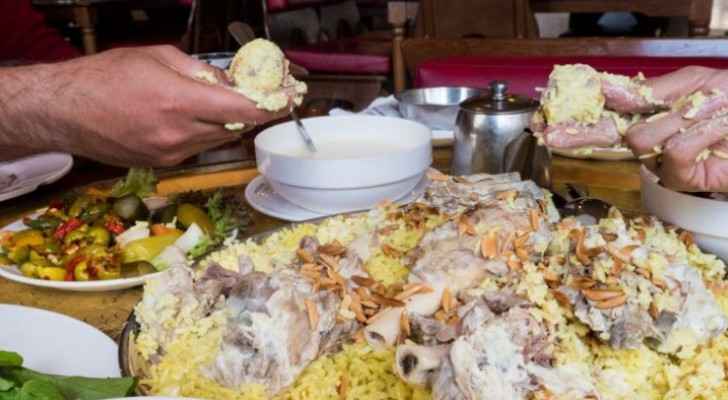 Jordanian National Society of Consumer Protection (NSCP) has appealed to the government of Prime Minister Omar Razzaz, to support the national products, particularly the Karaki Jameed, to make it able to compete locally against imported Jameed that invaded the local market recently.

According to Al Ra'i newspaper, the NSCP has received a number of complaints from the producers of Jameed, saying that they have been unable to sell their products due to the high "unfair competitiveness" with the imported Jameed.

All types of imported Jameed are sold in the local market at prices lower than the prices of Jordanian Jameed, which is known for its high quality in various Arab countries and the world.

Head of the NSCP, Mohammed Obeidat confirmed that the imported Jameed does not have the same high quality as the Karaki Jameed.

Obeidat also called on the Ministry of Industry, Trade, and Supply to exercise greater control over sellers of imported Jameed who sell it at the same prices as the Karaki Jameed and convince people that it is Karaki.

Obaidat called on housewives to buy and use local products, such as Karaki Jameed, Clarified butter "Samneh", olive oil, pomegranate, and all such high-quality local products.