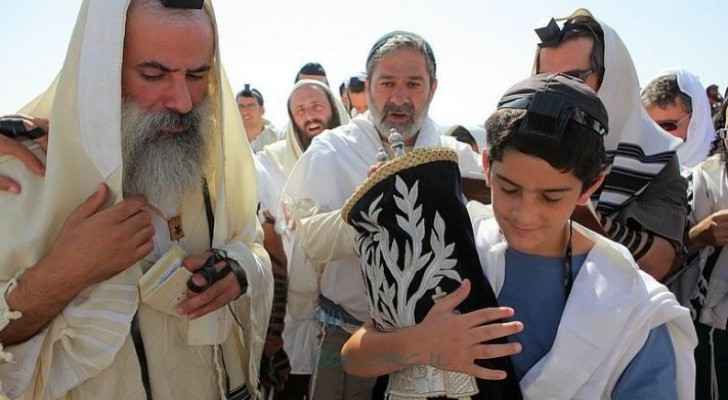 The Jordanian Ministry of Awqaf Islamic Affairs and Holy Places decided on Thursday, August 1, 2019, to close the Tomb of Aaron (the tomb of Prophet Harun) in Petra, south of Jordan, after a group of Israeli pilgrims prayed at the site illegally.

Minister of Awqaf, Dr. Abdul Nasser Abu Al-Basal chose to hand over the keys of the Tomb to Ma'an Awqaf Directorate and not allow any visitor to enter it without the Ministry’s approval.

The Ministry denounced the Israelis' entry, as it was illegal because they had not informed the Ministry of their plans, and expressed its strong rejection.

The Ministry also stressed that it will open an investigation into the incident and punish those who allowed Israeli tourists to enter the shrine and hold "Talmudic religious ceremonies."

Jordanian social media users were shocked when they saw photos of the jews performing their religious ceremonies freely and called on the Ministry to hold accountable everyone who allowed them to enter the Tomb that is located in the south of Jordan, in conjunction with jews' attempts to prove that they lived there years ago.

Angry Jordanians also wondered how those jews, who are also the ones who break into Al-Aqsa Mosque every day without any restraint, were allowed to enter the Tomb.