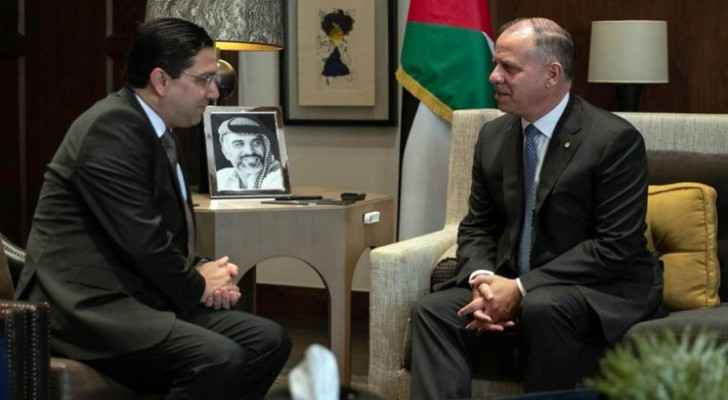 The meeting, at Al Husseiniya Palace in Amman, tackled the depth of brotherly and historic relations between the two countries under the leadership of His Majesty King Abdullah II and his brother King Mohammed VI of Morocco.

The two sides also stressed the importance of maintaining close coordination between their two countries, as they share similar views on various issues, especially the Palestinian cause and Jerusalem.

The meeting was attended by Minister of Foreign Affairs and Expatriates Ayman Safadi.