Details of economic projects to be discussed at Bahrain workshop

Details of economic projects to be discussed at Bahrain workshop 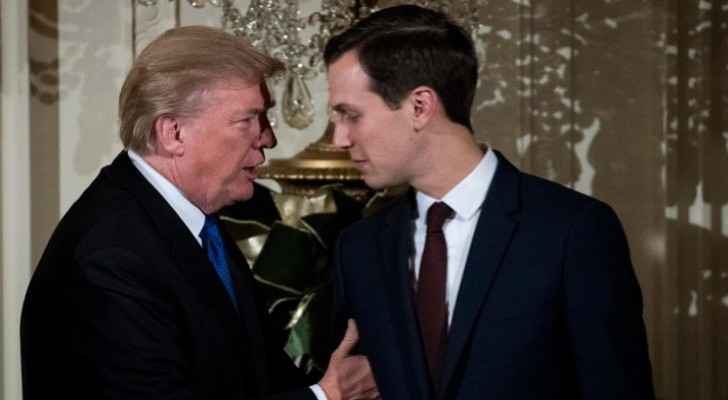 Roya has published the details of the economic projects that will be discussed during the Bahrain workshop that kicked off on Tuesday, June 25, 2019, with the participation of Jordan, Egypt, Morocco, Saudi Arabia, and the United Arab Emirates.

The workshop will discuss the economic aspects of the US peace plan, known as the "Deal of the Century," that will be presented by Senior Adviser to the US President Jared Kushner.

The documents published on the White House's official website on the draft of the project to be discussed at the workshop included a number of economic projects to be implemented in the Arab region, including Palestine, Jordan, Egypt, and Lebanon.

The documents showed that among the targeted projects are centers for the production of energy and financial alliances with Arab-Israeli capital.

It was agreed to distribute these projects in a number of Arab capitals.

The documents pointed out that the Bahrain workshop will witness the re-launch of old economic projects and plans in a new form, and in the forefront of these projects is the "Bars of Peace," which is an evolution of the old Hejaz railway.

According to the same documents, the "Bars of Peace" project, unveiled by the Israeli Prime Minister Benjamin Netanyahu earlier this year, aimed to create a commercial route from the Mediterranean to the Gulf, through the occupied Palestinian territories. Netanyahu said that the railway will pass to Saudi Arabia, through the Jordanian border and the city of Jenin in the northern West Bank.

The new project aims to turn the occupation entity into a land bridge connecting the east to the west, where Jordan will be linked to Saudi Arabia, the Gulf States, and Iraq, to the Red Sea through the Gulf of Aqaba and the city of Eilat.

The documents stated that the donor countries and investors are expected to contribute about $ 50 billion, including $ 28 billion that will be given to the West Bank and Gaza in Palestine, 7.5 billion to Jordan, 9 billion to Egypt and 6 billion to Lebanon.

The White House hopes that the Gulf states will be among the biggest donors.

According to the plan, the funds collected through this international effort will be deposited into a newly established fund to support the economies of the Palestine, Jordan, Egypt, and Lebanon and will be run by a multinational development bank.

The documents also indicated that $ 15 billion in grants, $ 25 billion in subsidized loans and about $ 11 billion in private capital are expected. About 179 projects for economic development will be funded, 147 of which will be in the West Bank and Gaza, while 15 projects in Jordan, 12 in Egypt and five projects In Lebanon.

The draft showed that the projects will allocate tens of millions of dollars to several projects aimed at achieving closer contacts between the Gaza Strip and Sinai in Egypt through services, infrastructure, and trade.

The power lines between Egypt and Gaza will be upgraded and repaired to increase electricity supply. The plan also suggests exploring ways of better exploiting the existing industrial zones in Egypt to boost trade between Egypt, Gaza, the West Bank, and Israel.

Additional proposals for Egypt included supporting the expansion of commercial ports and incentives for the Egyptian Trade Center near the Suez Canal as well as the development of tourist facilities in the Sinai near the Red Sea.

According to the documents, the plan promotes Palestinian areas likely to be transformed into a successful international tourist destination and proposes grants and loans worth of $ 950 million to develop the Palestinian tourism industry. It also seeks to undertake repairs and restoration of tourist and religious sites and beach areas.

It is expected that if implemented, the plan will double the gross domestic product of the Palestinians within 10 years and will provide more than one million jobs in the West Bank and Gaza and reduce the unemployment and poverty rates by 50 %, according to the documents and officials.

According to leaks published by the White House, the past period has seen meetings, brought together Gulf and Egyptian businessmen with US supervisors of the implementation of the Deal, in the presence of Israeli officials and businessmen.

Similar visits have been arranged for Palestinian businessmen residing in the West Bank to implement their partnership in a number of projects that are planned for the Deal, despite the difficulties they are expected to face under the official boycott of the conference and popular rejection.

Statistics: Poverty in Jordan one of the lowest in Arab ....

Statistics: Poverty in Jordan one of ....

Abbas doesn't want an agreement with ....