Man physically assaulted child in Jerash surrenders himself to police

Man physically assaulted child in Jerash surrenders himself to police 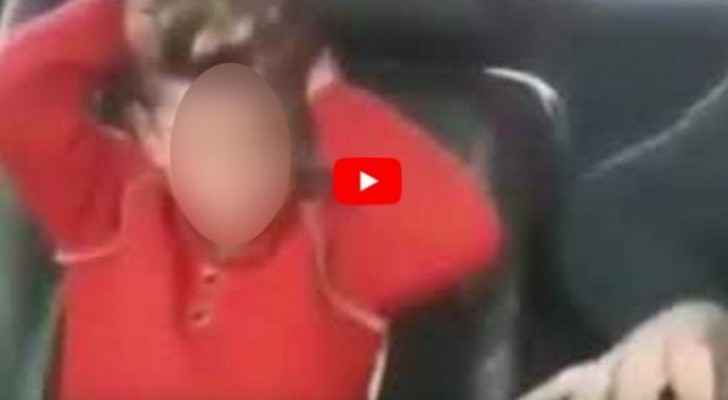 The man who appeared in a video while physically assaulting a child has surrendered himself on Saturday afternoon, June 15, 2019, to the Jerash Police Department.

Spokesman for the Public Security Directorate (PSD) said that the staff of the FPD and the Jarash Police Department have earlier begun investigating and searching for that aggressor who appeared attacking a child in footage that went viral on social media and which was later found to have been recorded several months ago.

The media spokesman stated that within a short period of time, the FPD staff was able to identify the child and the aggressor who was later identified as the child's uncle on his mother's side.

The aggressor has been transferred to the Family Protection Department (FPD) to be put under investigation and in order for the legal actions to be taken against him.

However, the child was referred to one of the social care institutions and was given a check-up. In addition, a social plan will be prepared to follow up on the child and to guarantee that such an attack never occurs again, the media spokesman added.