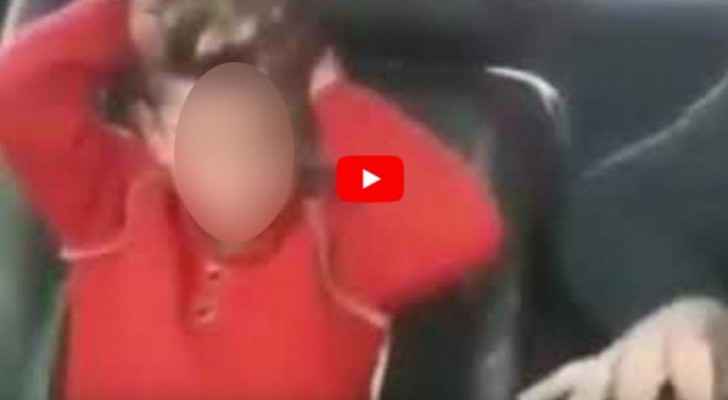 A video circulated on social media platforms showing a person brutally assaulting a child, which has sparked a wave of angry reactions from Jordanians.

According to social media users, the child's father died a few days ago, and the aggressor is his uncle on his mother's side.

Jordanians called for the arrest of that aggressor and called on the security services to take action against him.

If you want to watch the video, you can click here.

Social media users posted comments expressing their angry reactions on a post on Roya News Arabic Facebook page and here is the English translation of the comments:

"God said, "Therefore, treat not the orphan with harshness."
Is not it enough that the child has lost his father a few days ago..to get treated with harshness by this man who does not have any feelings of compassion..
All thanks to the public security officers who would immediately work on arresting him."

"When a child is assaulted, this moment will remain in his memory and even if he tried to get rid of it, it will be so hard to do so and this would definitely leave an impact on his actions in the near future."

"He is a young child..he is not old and should not be attacked, but receive care.
Such kind of attack will make him become worse instead of being a good person."