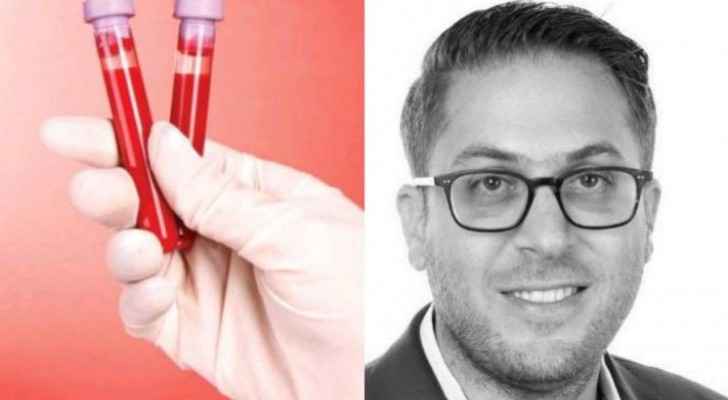 Dr Khaled Mousa Musallam, a Jordanian national, was recently listed among the top 10 experts in anemia worldwide, and among the top 3 in a genetic form of anemia called thalassemia. The list included over 135,000 active researchers in these diseases from top universities and research centers worldwide.

The ranking is provided by a US-based database called Expertscape which aims to provide the public with a resource that identifies expert physicians for various diseases, based on academic work and research productivity over the past 10 years.

Dr. Musallam received his medical degree from the American University of Beirut and completed postgraduate fellowships in Hematology at the University of Milan. He also earned a PhD in Clinical Research from the Leiden University Medical Center in the Netherlands. He is a member of the Alpha Omega Alpha Honor Medical Society.

Dr. Musallam has a globally renowned research portfolio. He collaborated with numerous investigators and research groups from the Middle East, Asia, Europe, and the US where he led large multinational projects investigating various hematological disorders.

He has published over 170 book chapters, international management guidelines, and articles in leading medical journals in the US and Europe such as The Lancet. His work helped uncover mechanisms of disease that paved the way for novel drug development.

In addition to his academic activities, Dr. Musallam has senior level pharmaceutical industry experience in Switzerland where he led large, multicenter clinical trials investigating new drugs for blood diseases and cancer. He currently resumes his academic activities as President of the International Network of Hematology in London, UK, and runs a collaborative pharmaceutical consulting cluster of agencies from 10 offices worldwide.