The cast and characters of the film 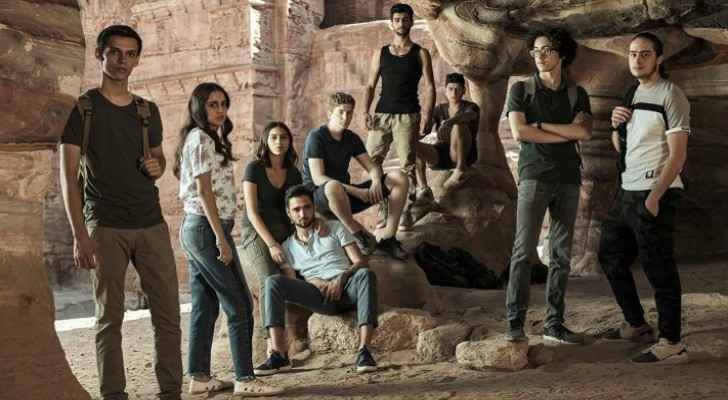 Amman's Attorney General instructed the Cyber Crimes Unit at the Public Security Directorate (PSD) to take the immediate necessary measures to stop the broadcast of the Arabic series entitled "Jinn," because it includes some immoral clips.

The Jordanian dialect series, which was produced by an international company and was filmed in Jordan, tells the story of a group of teenagers whose friendships and emerging romantic relationships are put to the test when they invariably invoke supernatural powers of jinn.

The first episode of the series, which was broadcasted on Wednesday, June 12, 2019, on the well-known US internet entertainment service, Netflix, sparked controversy through social media platforms, as social media users were seen posting thousands of tweets leading to hashtag #JINNNetflix trend.

The Jordan Media Commission (JMC) had issued a statement confirming that such production does not fall within its powers, such as taking control of the scenario, or all technical matters in terms of the preparation, production, acting and directing of the series, in accordance with the provisions of the law of the audiovisual media in force.

JMC explained that the audiovisual media law only gives the right to take control of the series and films that are broadcasted on TV and in theaters in Jordan.

Nada Doumani, the Royal Film Commission (RFC) communication and cultural programming manager said that the RFC is not responsible for the scenario and content of any series filmed in Jordan.

Doumani added that the RFC did not take a look at the scenario of the series and did not have the authority to review the scenario, stressing that the role of the RFC is limited only to provide production services (logistics) for filmmakers in order to support tourism and provide job opportunities.

"There is no regulatory body in Jordan that monitor the screenplays before filming," Doumani stated, adding that the monitoring is usually done while the series is broadcasted.