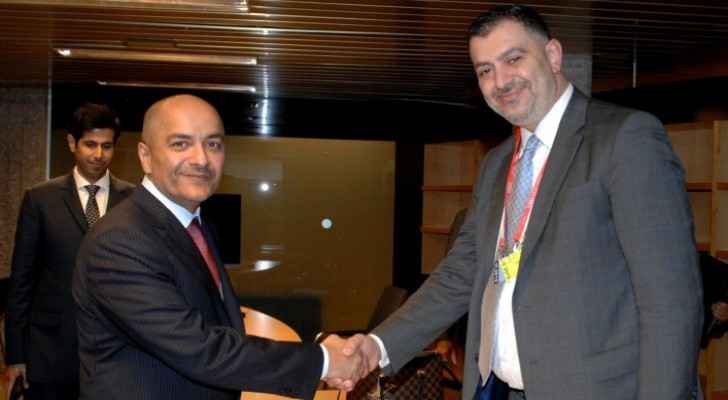 The two parties discussed areas of joint cooperation, including the activation of the Qatari recruitment website aimed to provide 10,000 job opportunities for Jordanians in Qatar.

During the meeting, Batayneh expressed his desire to speed up the process of filling the agreed upon job opportunities, since only 2,000 citizens out of 130,000 Jordanians registered in the website, have been employed.

For his part, the Qatari Minister Fakhroo explained that the reason behind the delay is the website's limited specifications in enabling the Qatari private sector to thoroughly search for skilled Jordanian workers, pledging to the Qatari officials that the staff of the Jordanian Ministry of Labor will develop the website and improve its input during the next two months.

The two parties also agreed on hosting the Qatari Minister of Labor and his accompanying delegation in Amman simultaneous with the re-launch of the website with its new format during the coming period.

The meeting was attended by the Jordanian Ambassador and Permanent Representative of Jordan to the UN, Saja Majali, Head of the Legislation and Agreements Department at the Ministry of Labor, Ghadeer Atieh, the Qatari Assistant Undersecretary for Labor Affairs, Mohammad Hasan Obaidly, Director of International Cooperation Department, Saleh Saeed Al Shawy and Director of Employment Department, Fawaz al Rayes.