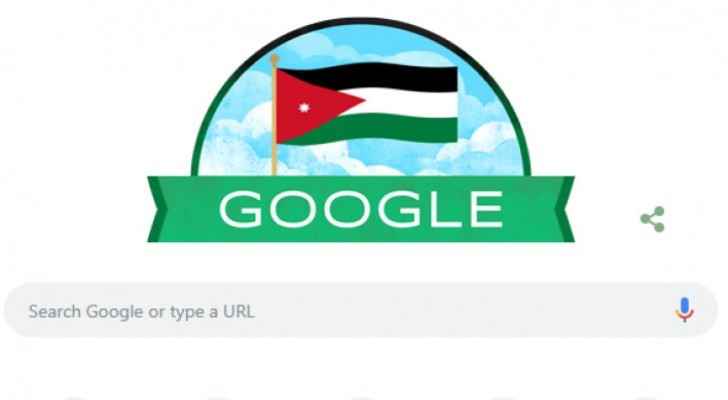 The most popular search engine in the world "Google" has joined Jordanians in celebrating the 73rd independence anniversary with a Google Doodle dedicated especially for this occasion.

The Jordanian flag can be seen flying throughout the country as well as in today’s Doodle.

Every year, Google joins Jordanians in celebrating their Independence Day, which falls on May 25 each year.

Independence Day, also known as "Eid al-Istiklaal," is the National Holiday of Jordan.

The holiday marks the independence of Jordan on May 25, 1946, when British control ended and Jordan was declared a Kingdom.

Traveler to raise Jordanian, centenary flags on top of ....