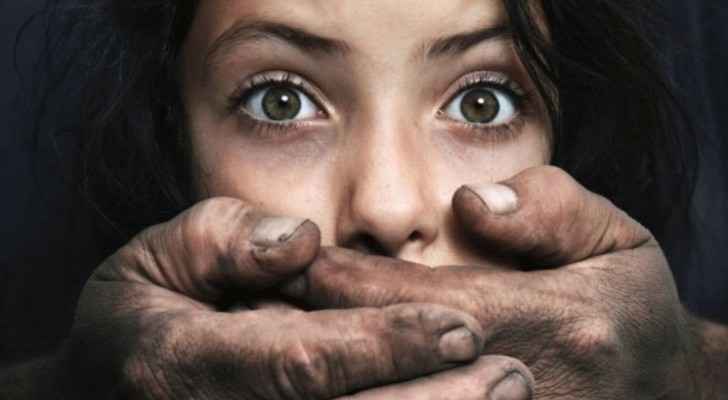 According to the Annual Statistical Report 2018 issued by the Department of Statistics, complaints of rape in 2018 declined to 140 complaints.

According to a press release issued by the Sisterhood is Global Institute (SIGI), the decline stops the continued increase since 2015, as about 145 complaints of rape were reported in 2017, 138 complaints in 2016 and 122 complaint in 2015.

SIGI that all these complaints were registered at the security centers across Jordan, where court decisions on these complaints varied between conviction, innocence, suspension of prosecution and change of characterization of crime.

Court decisions also included case dismissal when it came to rape cases, where provisions of Article 308 of the Penal Code were applied on before they were abolished at the beginning of August 2017.

SIGI added that the decline in the number of rape complaints for the first time in four years reflects the positive effect of the abolition of Article 308 of the Jordanian Penal Code in the reduction of sexual crimes, especially rape, and is also a victory for the rule of law and an end to leaving the criminals without being subjected to punishment which in turn promotes criminal justice for women and girls and ends discrimination against them. Where the article allowed the offender to marry the victim and impunity.

Article 308 of the Penal Code used to allow the perpetrator to marry the victim without being subjected to punishment.

SIGI explained that the complete abolition of Article 308 allowed the focus on providing services to the victims of sexual crimes, protecting them, treating them of psychological trauma and physical and health problems, and rehabilitating them to overcome the effects of the sexual violence they suffered so that they can continue their lives, study, work and build Families based on affection and respect.

SIGI finds that providing these services to women will be the decisive preventive measure in the protection of women and girls.

Although there are social, psychological and health services for women and girls who are likely to be victims of sexual violence or survivors in many civil society institutions and government institutions, these services, especially the residential services, continue to be an obstacle to providing them with the necessary and effective protection.

The elimination of the culture of silence among battered women and girls, represented in not reporting to the official authorities when exposed to any form of violence, is directly linked to the possibility of changing the prevailing social culture implicitly condemning the victim.

Women police officers at security centers may be fully trained to be assigned to receive cases of violence, which would allow the battered women and girls to speak freely, clearly and without shame.

According to the findings of a research study conducted in 2014 on "Sexual Offenses Against Women- Article 308 of the Jordanian Penal Code as a Model," which is the first of its kind in Jordan, most marriages have achieved a perpetrator's goal in not being subjected to punishment, but prevented the victim of the feeling of stability, as these marriages usually end shortly after and often at the request of the victim because she cannot handle the idea of marrying to the offender even if he did not abuse her, the elements of a valid marriage contract failed to materialize in such a marriage, problems of descent and pregnancy can be solved away from wasting the public right and enabling the offender to escape punishment, the child born will not be considered a legitimate child under the law and because the eradication of growing sex crimes from society and the protection of girls and women require firm application.

As for article 308 of the Jordanian Penal Code, which includes a number of sexual crimes such as rape, defamation, and defilement with the promise of marriage and abduction, SIGI asked Jordanians about the reasons which push the offender to offer marriage to the victim. 62.5% of the responses indicated the reason is that the offender wants to be exempted from prosecution, trial or execution of the penalty, which represented the highest rate among Jordanians in the age group 26-35, while about 15% of the responses indicated that the perpetrator wants to avoid social stigma against him.

SIGI added that the application of Article 308 as contained in the law is tantamount to an attack on the general right, as a sexual crime is not only a crime against persons but also a crime against society, because any complacency makes it repeatable from the same person or from any other one as he will be sure that he not be subjected to punishment, which does not meet the objective of criminal legislation for appropriate public and private deterrence, and thus the justice, interest in preventing and limiting crimes and protecting and rehabilitating the victims will not be achieved.