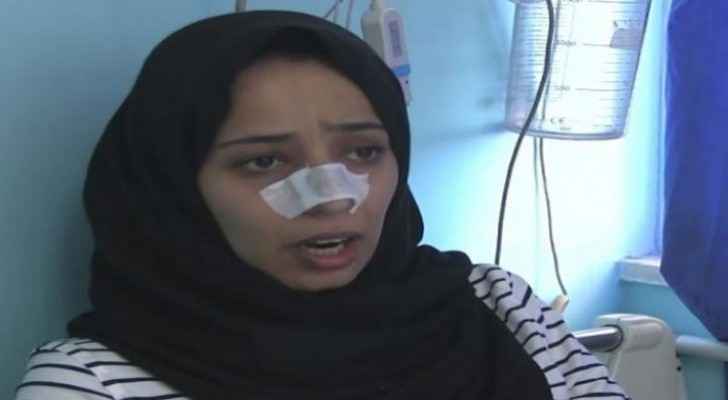 Eastern Amman public prosecutor detained on Sunday, May 19, 2019, a brother and his sister, who had verbally and physically assaulted a female doctor at Prince Hamza Hospital last Thursday, May 16, 2019, for a week at the Jwaideh Correctional and Rehabilitation Centre where they were charged with assaulting an employee at her workplace.

Spokesman for the Public Security Directorate (PSD) said that cadres of the Amman province arrested three people involved in the attack, while two of them were detained and charged with assaulting the doctor at her workplace.

In a post on her Facebook account and in a video circulated over social media platforms, the female surgeon Rawan Sami said that a patient has been referred to the Hospital after his health condition needed him to be moved to the Intensive Care Unit (ICU).

Doctor Rawan could not help in referring the patient to the ICU, since it is only a 17-bed capacity ICU.
Daughter of the patient started abusing the doctor verbally, which called on doctor Rawan to call the code white, which is usually called in case of aggression in a hospital environment whether it was physically or even verbally.

After she had called the code white, son of the patient beat the doctor on her face, causing her nosebleeds.

The case of doctor Rawan Sami, highlighted the repeated incidents of attacks on doctors and medical staff in hospitals, which urged a number of doctors to demonstrate on Sunday, May 19, 2019, in front of Prince Hamza Hospital in Amman in protest against these attacks.

During the protest, doctors called for imposing the most severe sanctions against anyone who abuses the medical staff in Jordan and destroys hospital property, considering that such attacks constitute a major threat to Jordan's reputation and sovereignty.

Citizen beats up doctor at Prince Hamza Hospital in Amman