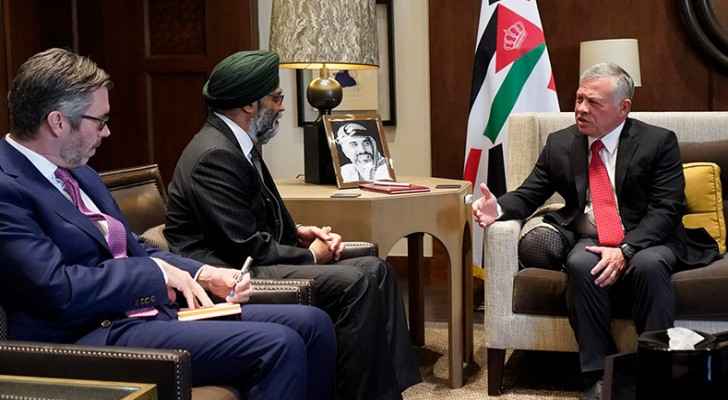 His Majesty King Abdullah on Monday met with Minister of National Defence of Canada Harjit Singh Sajjan at Al Husseiniya Palace and discussed military cooperation between Jordan and Canada.

The meeting covered regional developments and efforts to achieve peace and stability in the region, as well as efforts to counter terrorism within a holistic approach.

Discussions also covered the burden of the Syrian refugee crisis on Jordan’s economy.

Chairman of the Joint Chiefs of Staff Lt. Gen. Mahmoud Freihat, Adviser to His Majesty and Director of the Office of His Majesty Manar Dabbas, Canada’s Ambassador to Jordan Peter MacDougall, and the accompanying visiting delegation attended the meeting.