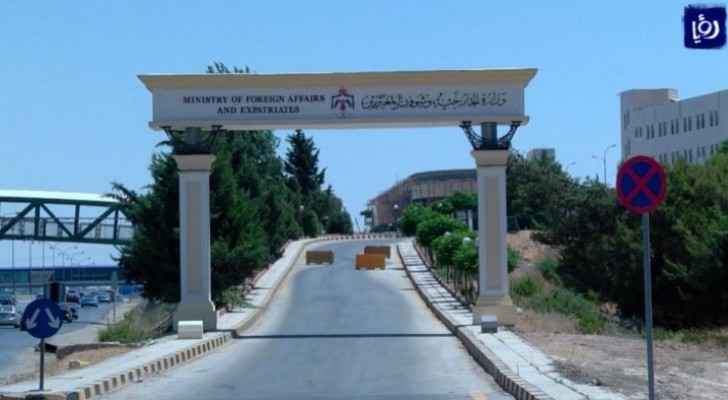 The Jordanian Ministry of Foreign and Expatriates Affairs condemned on Saturday, April 20, 2019, the terrorist attack which targeted the communications ministry in the center of Afghanistan's capital, Kabul, killing two people and injuring several others, including police officers.

"Saturday's attack began shortly before midday with an explosion at the entrance to the 18-storey building housing the ministry in a busy commercial area of the city, followed by gunfire that could be heard over a kilometer away," according to Al Jazeera.

Panicked workers inside the building moved up to the top floor as gunmen and Afghan security officials battled lower down, Al Jazeera also stated.

"One woman said she had been in a group of about 30 people on the 10th floor when the assault started, then was told to move up to the 18th floor as gunfire increased. They were all eventually rescued by commandos."

Spokesman for the Ministry, Sufian Qudah, reiterated Jordan's solidarity with the Afghan government and people in the fight against terrorism which aims at harming the security, safety, and stability of Afghanistan.

Qudah also expressed his deepest condolences over the victims, wishing a speedy recovery for the injured.

Qudah also affirmed the Kingdom's firm position and rejection of the various forms of violence and terrorism targeting everyone without discrimination between religion and race and whatever its source or aims.