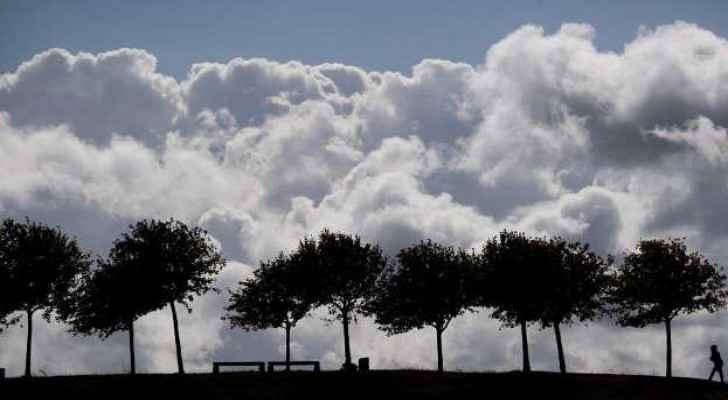 According to the weekly weather forecast published by the Jordan Meteorological Department (JMD), during daytime on Sunday, April 14, 2019, a slight drop in temperatures and some scattered clouds are expected in most parts of the Kingdom with the weather remaining warm and pleasant.

Westerly winds of 30-50 km/hour are predicted, causing dust to rise in many areas, which may lead to low visibility in those areas.

At night, the weather might be relatively cold in most areas, yet pleasant in the Jordan Valley and the Dead Sea, with some clouds and northern-westerly winds.

For those who are planning to visit the city of Aqaba or who are already there, you will be enjoying the warm and sunny weather conditions during daytime.

Southern winds are predicted, causing dust to rise at times.

At night, the weather will remain pleasant with some cloudy skies and northern winds.

For Sunday, JMD warns of:

On Monday, April 15, 2019, another slight drop in temperatures is in the forecast; however, the weather will remain relatively warm and pleasant.

In the evening and late night, cloudy skies are predicted and there might be a chance of some rain showers in different parts of the Kingdom.

Westerly winds are expected, causing dust to rise, especially in the desert areas.

On Tuesday and Wednesday, a further drop in temperatures is expected, as temperatures will be 3-5 degrees below their annual average.

The weather will be relatively cold, and partly cloudy to cloudy skies are predicted.

Light rain is expected, especially in the northern and central parts of the Kingdom in the early morning.

One injured in two-vehicle collision in ....