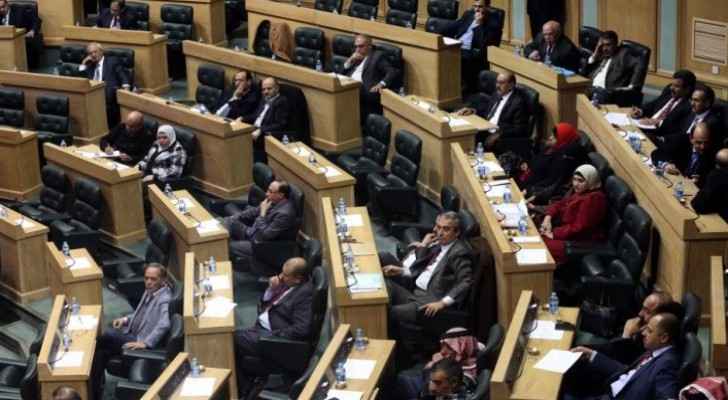 (Amman) – Changes in Jordan’s personal status law under discussion in parliament should be expanded to include ending child marriage entirely and providing full equality for women in marriage, divorce, or inheritance, Human Rights Watch said today. Jordan should seize the opportunity to prevent child marriage and enforce the minimum marriage age of 18 without exception.

In December 2018, Jordan’s upper house of parliament adopted amendments to the law that would allow children between ages 16 and 18 to marry with court approval, up from the previous minimum age of 15, as well as a small step toward equal inheritance rights. The lower house rejected these changes, and the two houses will negotiate the amendments during a joint session on April 8 according to local activists.

“Child marriage robs girls of their childhood and puts their health and education at risk,” said Michael Page, deputy Middle East director at Human Rights Watch. “Parliament should take this opportunity to put an end to this abusive practice.”

The amendments would make minor changes to the 2010 Temporary Personal Status Law, which governs issues such as marriage, divorce, and inheritance for the country’s Muslim majority, largely based on principles of Islamic law. The law does not apply to the country’s Christian minority, for whom personal status issues are not codified under Jordanian law but subject to regulation by church ecclesiastical authorities. Everyone in Jordan is subject to one of these two sets of rules according to their religion or belief.

Under article 10 of the current personal status law, the minimum marriage age is 18, but Sharia Court judges can make exceptions “in special cases” for children between 15 and 18 if “the marriage is necessary and in [their] interest, and those who get married accordingly are fully competent in everything related to the marriage…” Under the amendments passed by Jordan’s Senate, the upper house, the new minimum age under a judge’s exception would be 16, but the House of Representatives would maintain the exception beginning at age 15.

The vast majority of children who are married in Jordan are girls. According to the 2017 annual statistical report by Jordan’s Supreme Judge Department, Jordanian authorities issued 77,700 marriage contracts in 2017, including 10,434, or 13.4 percent, in which the wife was under 18 and 299 in which the husband was under 18, or .004 percent.

Research by Human Rights Watch in countries around the world has found that child marriage deprives girls of education, exposes them to serious health risks, deepens poverty, and puts them at greater risk of domestic violence.

The UN Committee on the Rights of the Child supports a global minimum age of 18 for marriage, without exception.

The two houses are also at odds over article 279 of the current law, which gives children whose fathers have died the right to inherit from their paternal grandparents, under a principle of “obligatory will.” Children whose mothers have died could not inherit from their maternal grandparents, however. The Senate’s version would extend the right to children of female heirs.

The proposed amendments also do not address areas in which Jordan’s personal status law discriminates against women. Under article 310 of the current law, women are generally only able to inherit half the amount to which male relatives are entitled, and the new amendments do not address this inequality. Tunisia is considering an amendment to remove gender discrimination in its inheritance regulations. Other countries with Muslim-majority populations that do not discriminate against women in inheritance laws include Bosnia and Herzegovina, Kazakhstan, Kosovo, Mali, Tajikistan, and Turkey.

Under Jordanian law, women must obtain the permission of a male guardian, usually their father, to marry, according to article 14 of the 2010 Temporary Personal Status Law. Jordanian law does not provide for equality between the wife and husband, but rather stipulates complementary rights under which a wife must obey her husband in return for financial support. A woman can lose the right to financial support from her husband under articles 60 and 61 if she lives or works outside the home without her husband’s consent.

Men may unilaterally divorce their wives without restrictions under articles 82-84, but they may be obligated by law to pay compensation to their wives in certain cases of arbitrary divorce. This compensation may not be fair or adequate, and it would not extend beyond than three years. But women have no right to unilateral divorce and are subject to lengthier and more costly processes. Women may seek a judicial divorce, granted by courts under limited grounds such as failure to pay a promised dowry or to provide financial maintenance, impotence, or imprisonment, or if the woman gives up her financial rights or returns the dowry under articles 114-144. Otherwise women must a seek a man’s agreement to divorce him with a mutually-agreed-upon compensation payment by the wife under articles 102-113.

Jordan’s personal status law grants the mother preference in deciding which parent a child should live with after divorce until the child is 15, after which the child can choose between the parents. But children can be removed from a divorced mother under article 171 if she remarries. The child’s father remains the legal guardian, and under article 176-177 the mother cannot travel outside the country with the child without the guardian’s approval unless she obtains a judge’s approval.

Jordan is obligated under the Convention on the Elimination of All Forms of Discrimination Against Women, to which it is a state party, to end discrimination against women in law. During a 2017 review of Jordan’s implementation of the convention, the review committee noted its concern about Jordan’s “continued application of discriminatory provisions contained in the Personal Status Act, in particular the permissibility of polygamy, the requirement for a woman to obtain her guardian’s permission to marry, notwithstanding her consent, and the restrictions on women’s freedom of movement and right to work and to divorce.” Under the Convention on the Rights of the Child, Jordan is obliged to ensure that the best interests of the child are a primary consideration in all actions concerning children.

“Personal status issues are among the most important matters that affect the lives of ordinary Jordanians on a regular basis, and authorities should level the playing field by providing women equal rights with men,” Page said.