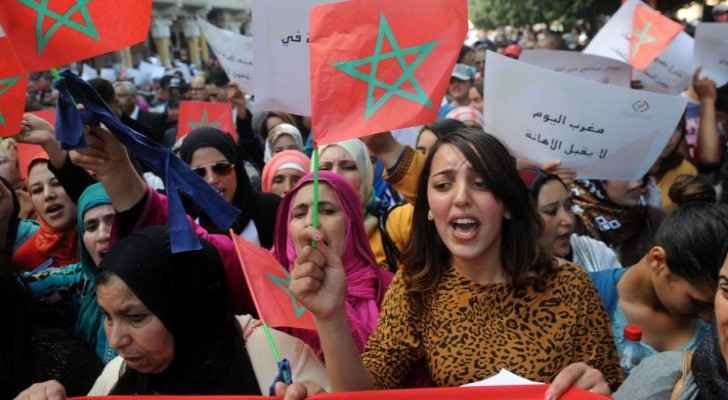 According to the Moroccan media the Moroccan’s Foreign Minister, Nasser Bourita, condemned the discriminatory visa policies in Jordan after a Moroccan woman was denied entrance to the Kingdom.

Following this incident, Bourita contacted the Jordanian Ambassador in Rabat in order to clarify the reasons behind this incident.

On the18th of January 2019, Semlali posted her experience on Facebook, calling on the Moroccan Ministry of Foreign Affairs to intervene against the visa policy targeting Moroccan women.

Semlali added that after media reported on their case, she received calls from the Jordanian embassy, who asked her to come back to get her visa.

Semlali, however, said it was too late to attend her event.

After her experience, Semlali said she had three questions in mind: “Why must Moroccans between 18 and 35 years old be accompanied by a mahram to have the right of entry in Jordan? Why Moroccans in particular?”

She also condemned some countries for lumping all Moroccan women together due to stereotypes.

“Do not put everything in the same basket! We are not all prostitutes! And then, the policy must be applied to all countries in the world!”

The Jordanian Ambassador explained that the granting of entry visas, as is the case in various countries of the world, "is framed by matters related to the regulation and protection of the labor market in Jordan.”

The Ambassador added that " if women between the ages of 18 and 35 are not employees, or not officially invited to the Kingdom then their request need prior approval from the Interior and Labor Ministries.”

Al-Masa'a newspaper revealed that the Foreign Minister's confirmed that consultations are underway to delete this condition, which is considered controversial and without any clear explanation.

Jordan is not the only country that imposes the restriction on Moroccan women. Kuwait will not give Moroccan, Tunisian, and Lebanese women work permits if they are not accompanied by a male relative.

Trump awards the King of Morocco the prestigious Order of ....

Trump awards the King of Morocco the prestigious ....

King of Morocco affirms his support for Palestine, ....