Deal of the Century: MP Ramadan reveals Lavrov's meeting with the Palestinian factions

Deal of the Century: MP Ramadan reveals Lavrov's meeting with the Palestinian factions 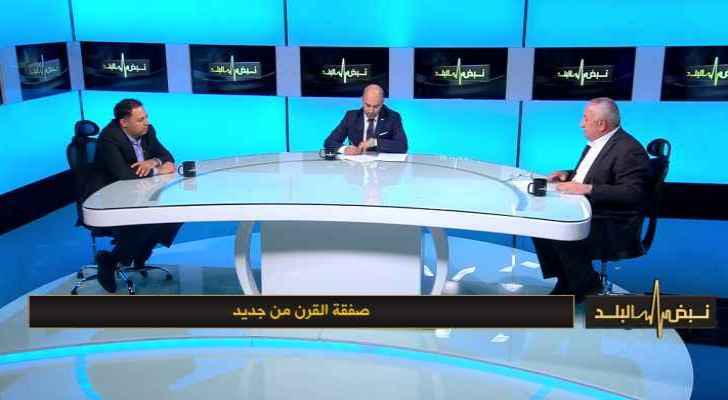 Member of the House of Representatives, Engineer Khalid Ramadan, said that the “Deal of the Century” is a path, not a folder intended to be signed, as some believe.

Ramadan added during a special interview on Roya’s ‘Nabd Al Balad” that the Deal of the Century began its course since the Oslo agreement, and that only now it has begun to intensify in light of the current regional stage, adding that the US administration is rushing now to impose the facts on the ground.

MP Ramadan considered that what is now being implemented concerns the Arab state, the Zionist entity, and the regional powers; adding that Jordan is under great pressure to approve this deal.

He pointed out that the Palestinian side and the Palestinian cause has fallen behind, making the deal of the century take on an executive nature, in terms of the transfer of the US Embassy to Jerusalem, and the adoption of the Israeli Nation-State Bill, which gave Israel a high state of “intoxication” in itself.

Ramadan revealed that in the last meeting between the Russian Foreign Minister Sergei Lavrov with the Palestinian factions, Lavrov said that America is already implementing the deal of the century, and revealed to them that none of the Palestinian peoples' national goals will be achieved. Ramdan continued that Lavrov advised the factions against betting on the Arabs for support, and that even if all the factions fully united, all that can be achieved is an impediment to the settlement, i.e. the deal of the century.

Ramadan said that the deal of the century with the official Arab state means normalization and integration with Israel, which means in its essence an economical “peace" with the American project.

He also saw that the obstacles which can be bet on at the moment to stop this deal are the Palestinian people and the Jordanian people, adding that Jordan, as well as the Palestinian Authority, are under great pressure to accept the deal of the century.

MP Ramadan said that Jordan’s problem lies in its large debt deficit, which deepens the economic crisis. He added that "neo-liberal" elites in Jorda want to form an alliance with Israel, together with the Gulf countries, in order to confront Iran.

He explained that the pressure exerted on Jordan to approve the deal is done by exploiting the difficult Jordanian economic situation, adding that as Jordan is faced with the challenges of bread, poverty and unemployment, the elite of the Arab world is moving toward normalization with Israel.

For his part, strategic expert, Dr. Hassan Al-Barari said that many have read the details of the deal of the century, and wondered how the Arab leaders claim not to have seen the information, given that they are the powerheads and should be concerned, as the deal targets the national security of Arabs, the Jordanians, and the Palestinians, adding that the official Arab position on the deal is foggy at best.

Al-Barari quoted Jordanian officials who say: “How else can we provide salaries?”, considering that there is a wide acceptance to the Deal under the pretext of political and economical realism, the balance of power in the Arab region, and the Arab strategic exposure which the Palestinian Authority and Jordan suffer from.