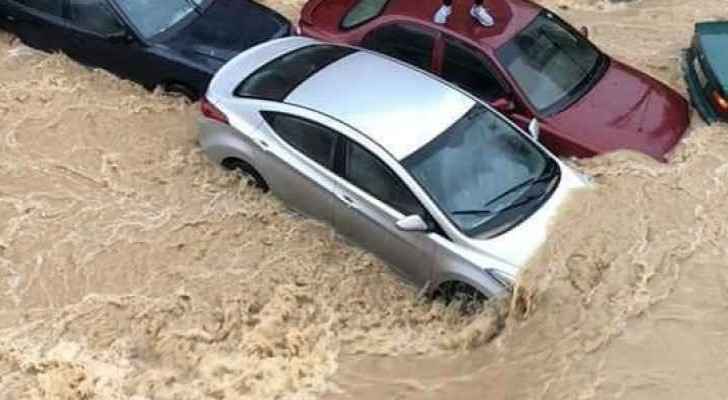 24 out of 48 members of the Greater Amman Municipality (GAM) council agreed on holding Amman city director, Omar Lawzi, responsible for the damage caused to shops and streets in Downtown Amman last Thursday, a source at GAM said.

During a meeting held on Sunday, March 3, 2019, with Amman's Mayor, Yousef Al Shawarbeh, members of GAM Council asked to dismiss Lawzi holding him accountable for the disasters that happened.

Shawarbeh has earlier decided to exempt traders from vocation and waste license fees for the next two years after floods raided their shops on Thursday.

The government has hired a neutral body which will be in charge of determining if there was any negligence and who is responsible for it, according to Al-Ra’i newspaper.

Prime Minister Omar Razzaz called on setting up a committee consisting of members of the Ministry of Interior, Ministry of Industry, Trade and Supply, Ministry of Water and Irrigation, GAM, the Jordan Customs, the Sales Tax Department, the Jordan Chamber of Commerce and the Amman Chamber of Commerce in order to identify and assess the damage suffered by shops and streets in Downtown Amman and to follow up on the neutral body charged with determining the causes.