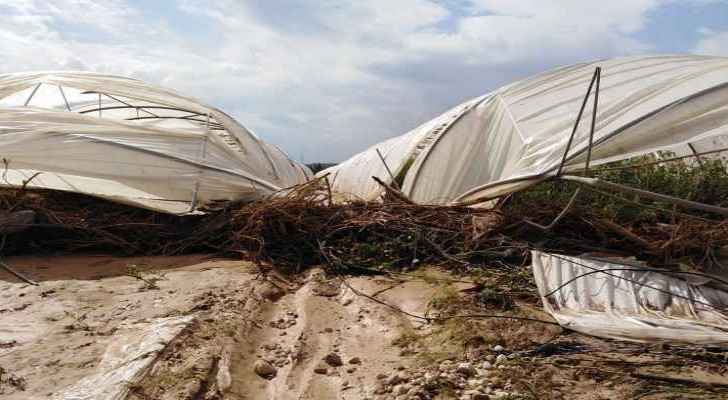 Secretary General of the Jordan Valley Authority Ali Al-Kuz said on Friday that the King Talal Dam surplus had been leaked out at intervals for the duration of 3 hours, discharging one million and 200 thousand cubic meters of water.

He confirmed that due to the deviations in the course of the flood streams, waters raided farms causing damage, stressing that following this, the Jordan Valley Authority contacted the Minister of Agriculture and other concerned authorities to discuss compensating the farmers for their losses.

Spokesman for the Ministry of Water and Irrigation, Omar Salama, said the ministry will compensate farmers affected by the flood of King Talal Dam, pointing out that a committee is formed by the district governor in corporation with the Ministry of Agriculture and the Jordan Valley Authority to review and report on damages.

He stressed that the ministry is following up with all concerned authorities to ensure compensation and guarantee the rights of the farmers.

Water Ministry to drain Wala and King Talal dams for ....