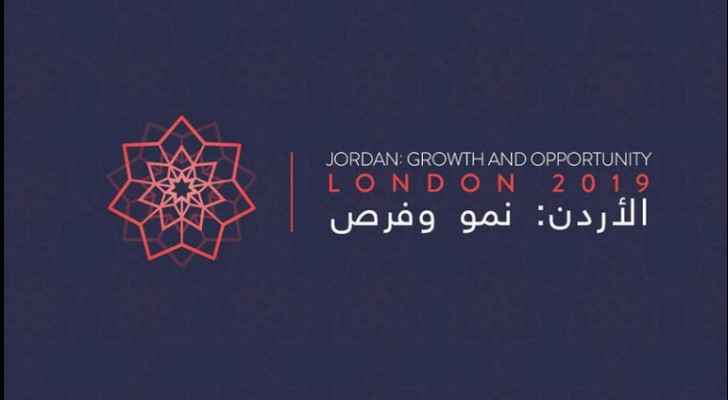 The Minister of Planning and International Cooperation, Mary Kawar, announced the agreements and memoranda signed on the sidelines of the London Initiative Conference held on Thursday by a joint organization between the Jordanian and British governments.

A memorandum of understanding (MoU) was signed between the Jordanian and British governments to support cooperation between the two countries in the field of education and human resources in order to support the implementation of the pillars of the National Strategy for Human Resource Development 2016-2025.

The MoU also aims at developing cooperation between academic and research organizations in this field, and opens the way for the private sector in both countries to establish partnerships, exchange visits between experts, specialists and relevant government officials, as well as share best practices and experiences in human resources, education and technical information, noting that the MOU does not include any financial obligations from the British side.

Another agreement was signed between the Jordanian government and the European Investment Bank (EIB) worth 65 million euros to finance improving drinking water and sanitation services for nearly 85,000 citizens in the Deir Alla and Karama regions in the Jordan Valley.

Another MoU was signed between the Jordanian government and the French Development Agency (AFD) for the next four years 2019-2022. Under the memorandum, the AFD will provide a financing package of one billion Euros to enable Jordan to benefit through financing priority development and service projects to support the sectors of water and sanitation, solid waste, transport, urban and local development and energy, as well as governance and vocational training. Noting that Jordan will benefit from the package amounts according to its financing and development needs.

€ 200 million was granted for non-sovereign financing "non-governmental borrowing and with no government guarantees" through the French Development Agency and Proparco, a French development agency dedicated to supporting the private sector.

€ 150 million in grants and technical assistance will be provided through several initiatives to support the Jordanian response plan, as well as the European Union credit fund, to respond to the repercussions of the Syrian crisis, the Green Climate Fund and other international initiatives and funds, in addition to grants to be provided by the French Development Agency to build the capacity of the ministries and institutions concerned with the implementation of the projects to be contracted later in the framework of this memorandum.

Kawar pointed out that a memorandum of understanding was signed between the World Bank and the International Finance Corporation with the British Department for International Development to establish a special mechanism to be run by the Ministry of Planning, in cooperation with the World Bank Group, to support implementation of the economic reforms matrix adopted by the Government of Jordan for the period between 2018-2022.

Minister Kawar announced new pledges to donor countries “which will be agreed later on the details, and the signing of agreements will be in the near future."

She noted that the British government announced on the sidelines of the London Initiative the provision of a new aid package to Jordan in order to support the priorities of development and economic reforms by about one billion dollars, including 250 million dollars in the form of loan guarantees provided through the World Bank to support the budget for the current year. In addition, grants of 840 million dollars and over five years will be agreed on priorities for disbursement later.

The Minister of Planning and International Cooperation said that the Japanese government has pledged development assistance to Jordan, including 300 million dollars to support the public budget and 100 million dollars in grants over a period of five years.