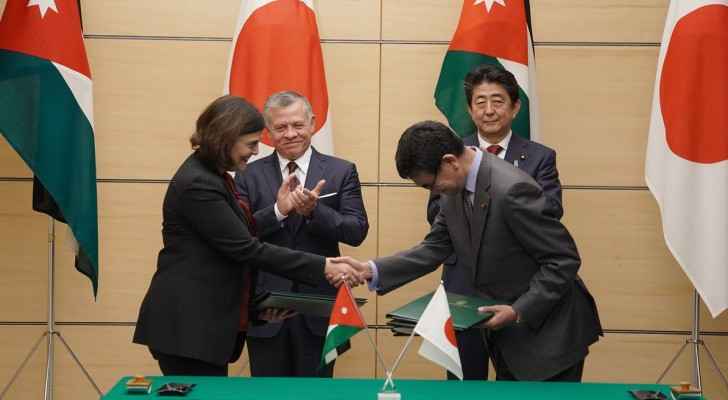 Later, His Majesty and the PM held talks, where the two discussed latest developments in the Middle East as well as other important issues of mutual concern to the two countries, including boosting the Jordanian-Japanese relations in various fields.

The meeting was attended by Jordanian Minister of Foreign Affairs and Expatriates, Ayman Safadi, as well as Adviser to His Majesty and Director of the Office of His Majesty, Manar Dabbas

Following the meeting, His Majesty and the Japanese PM Shinzo witnessed the signing of agreements between Jordan and Japan with the presence of Minister of Planning and International Cooperation, Mary Kawar.