Job seekers march from Irbid and Aqaba to Amman

Job seekers march from Irbid and Aqaba to Amman 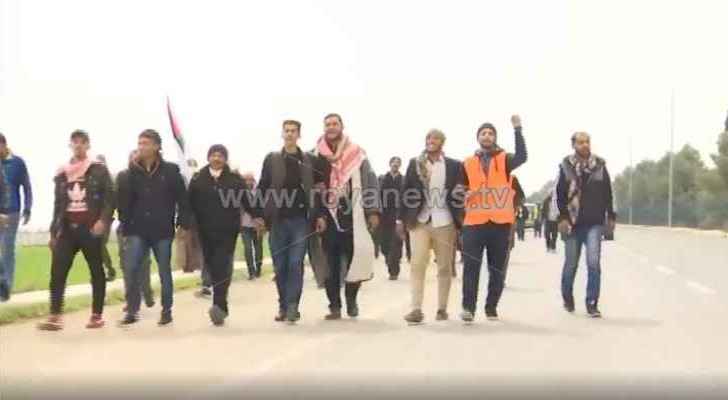 More than 150 job seekers arrived to Amman on Thursday, after marching for a few days from Aqaba, demanding jobs at institutions and companies operating in Aqaba.

Interior Minister Samir Mubaidin pointed out in an official statement that around 504 people in the governorate of Aqaba have been hired since November last year.

According to the statement, one person refused a job with a 500 JOD salary, in addition 11 people turned down all jobs offered to them.

Other unemployed citizens inspired by this protest decided to walk to Amman from Irbid, demanding job opportunities for young university graduates who have been waiting to be employed for years in vain.

Government institutions confirmed that they are working towards providing 41 jobs for unemployed citizens in Irbid. According to another statement, 1,656 have been hired in 2018.

Also Read: Jordanian professor walks with his small children from Tafila to Amman

Read more: Unemployment in Jordan at highest rate in 10 years