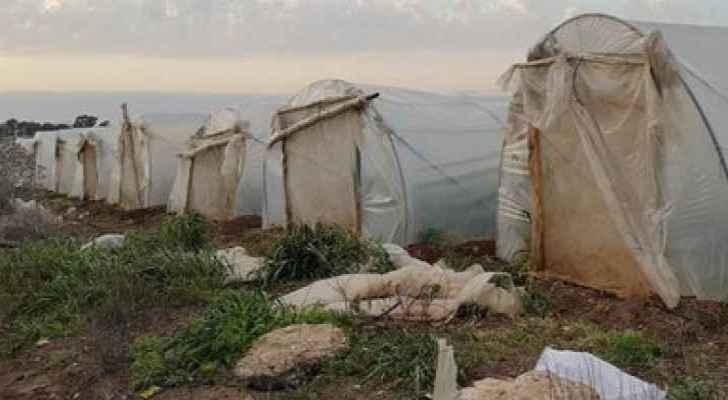 Farmers in Deir Alla in Balqa Governorate complained of damage to their polytunnels as a result of severely strong winds in the area during the past two days.

Farmers said they had suffered heavy losses as a result of plastic coverings flying off which caused damage to some crops as well as additional losses.

For his part, Director of Jordan Valley Agriculture Engineer Bakr al-Balawneh said that some of the greenhouses were damaged due to the oldness of the plastic covering used resulting in them being torn off in the strong winds, in addition to some farmers’ failure to install the covering correctly. He added that the damage is limited and individual and does not exceed more than 5% of the greenhouses.