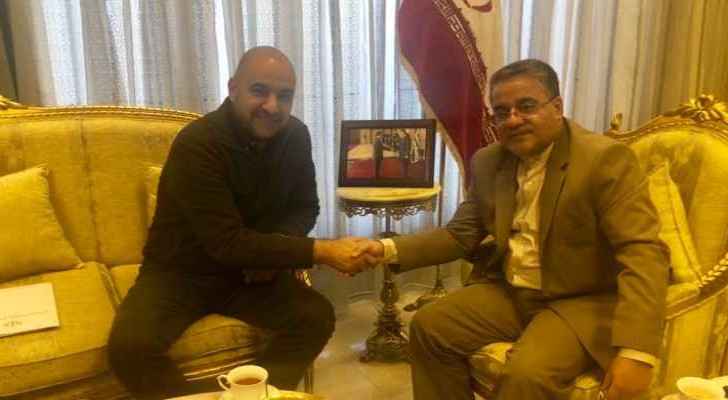 In light of the three Jordanians, who had been arrested by Iranian authorities in Tehran after “mistakenly” entering Iranian territorial waters earlier this month, Ferdowsi promised during the meeting to release them within only one week.

Fedrowsi emphasized that until the formalities of investigation and trial are completed, the detainees will be treated fairly and equitably.

Khoury said in a brief statement that both parties have discussed a series of issues that concern the relationship between the two brotherly countries. He also called for the necessity of intervening to release the three citizens detained by the Iranian authorities.

King swears in Adaileh as Jordan’s ambassador to Egypt

King swears in Adaileh as Jordan’s ambassador to ....

King swears in Adaileh as Jordan’s ....