Rashida Tlaib to use Jefferson's Quran for swearing-in ceremony

Rashida Tlaib to use Jefferson's Quran for swearing-in ceremony 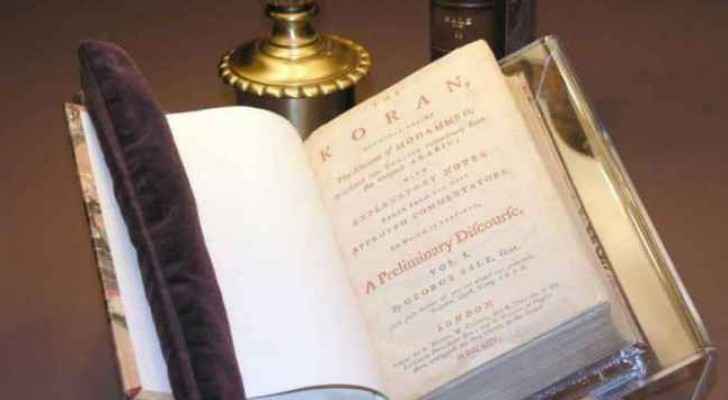 US Congressman Rashida Tlaib revealed that she will be sworn in as a member of the US Congress by swearing on an English translated copy of the Quran, by George Suss in 1734, a copy obtained by Thomas Jefferson, the third president of the United States.

According to the Detroit Free Press, Tlaib will borrow this version of the Qur'an from the Rare Books and Special Collections section of the Library of Congress.

“It’s important to me because a lot of Americans have this kind of feeling that Islam is somehow foreign to American history,” said Tlaib, “Muslims were there at the beginning. … Some of our founding fathers knew more about Islam than some members of Congress now.”

Tlaib is not the first to be sworn in by putting her hand on a translated Quran. In 2006, Minnesota Democrat Keith Ellison caused widespread controversy when he did it.

Talib also decided to wear a traditional Palestinian thobe (dress) on the day she is sworn in into US congress. Sneak peek: This is what I am wearing when I am sworn into Congress. #PalestinianThobe #ForMyYama