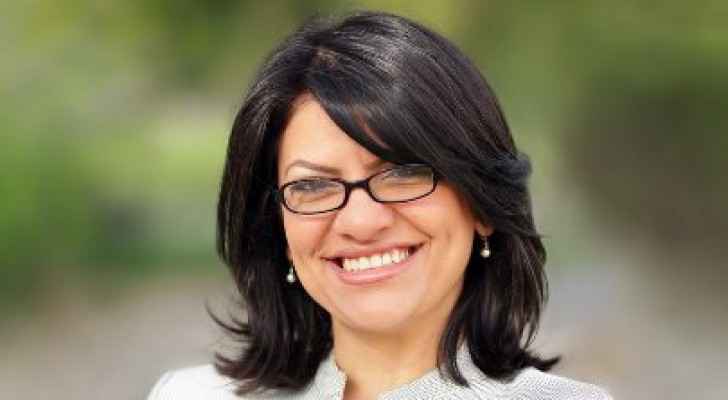 Surrounded by tens of cheering supports, and with happy tears in her eyes, Rashida Tlaib appeared in a video footage where she proudly introduced her mom who comes from a small village in the West Bank.

Tlaib said that that her grandmother, aunts, uncles and other relatives living in that village in Palestine are glued to the TV waiting for the voting results to be announced.

Though its 5:00AM or 6:00AM at their end, Tlaib added that they are awake and watching the TV as their granddaughter makes her way to the Congress.

Tlaib expressed that she is thankful to everyone who stood by her and supported her through the campaign. She added that she looks forward to serve the community and the families of the 13th district –where she ran for Congress– adding that she will uplift these people while “being who I am as a proud Palestinian-American, a Woman, a Muslim”.

Tlaib thanked all of her supporters as well as her mother, who appeared standing beside her in the video footage, Tlaib said; "Alot of my strength comes from being a Palestinian, but I can tell you that my mother and the compassion she has is in me. She smiles every single time. This woman doesn't even understand why people are being racist to her because she believes that people can be better. She is an inspiration to me in so many ways"

Tlaib is the first Muslim woman to become a Congresswoman. Results which were announced on Tuesday, August 8, 2018, granted Tlaib a seat in the Congress with a 33.6% of the votes.