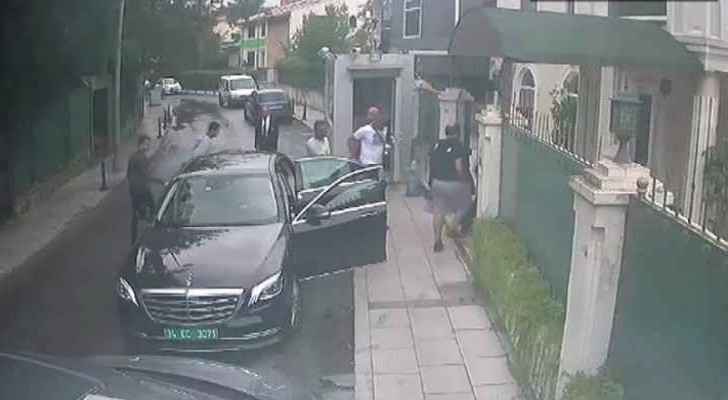 The Turkish Anadolu News Agency published on Wednesday, December 19, 2018, new footage of the Saudi officials, who are accused of killing the Saudi journalist Jamal Khashoggi, during their entry and departure from Istanbul, and the Saudi consulate and the consul general's residence.

According to Anadolu, special teams of the Turkish National Intelligence Organization, and the Directorate of Intelligence and Counter-Terrorism in Istanbul examined and analyzed recordings of 147 surveillance cameras spread in 80 different areas in Istanbul, most notably the Atatürk Airport, Levent and Sultan Ahmed region.

The 3,500-hour recordings show the movements of the 15 alleged Saudi assassins, step by step from the moment they entered the country until their departure.

Khashoggi’s assassination at the Saudi consulate in Istanbul, which took place in early October provoked international outrage and constant demands to reveal the whereabouts of the body and who issued the murder order.

Officials in Riyadh announced that Khashoggi's dismembered, after failing to persuade him to return back to the Suadi Arabia. Watch building of US Embassy in Amman ....