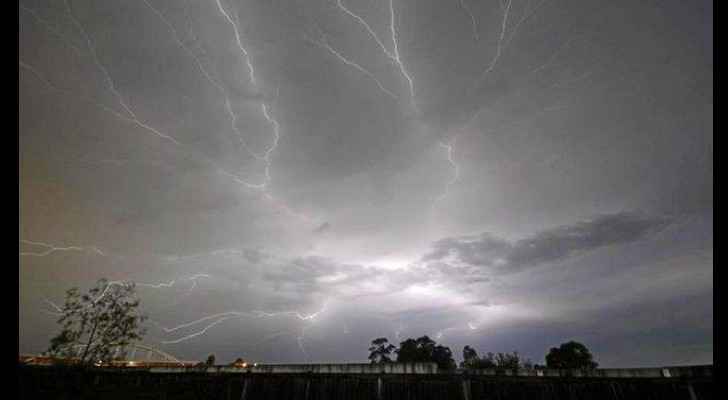 Today, Wednesday, December 19, 2018, Jordan witnesses a slight drop in temperatures and the weather will be relatively cold and partly cloudy, with a chance of rain showers in the northern parts of the Kingdom along with southern-westerly wind.

Tonight, the Kingdom will be gradually affected by a weather depression coming from Cyprus, causing rainy weather in the northern parts, gradually extending to the central and southern regions of the Kingdom.

After midnight, rain is expected to be heavy at times and accompanied by thunderstorms, lighting and hail showers in some areas, which may cause floods in valleys, lowlands and watersheds. Southern winds are expected, which will lead to dust in the southern and northern regions of the Kingdom.

According to a report published by the Jordan Meteorological Department (JMD), temperatures will witness a further drop tomorrow, and the weather will be cold, cloudy and rainy in different parts of the Kingdom. Rain may be heavy at times, accompanied by thunderstorms, lightning and hail. Strong winds are predicted.

On Friday, temperatures will raise a little, yet the weather will remain cold and partly cloudy, until Friday afternoon, when there will be a chance of rain showers in the northern, central parts of the southern-western regions of the Kingdom.