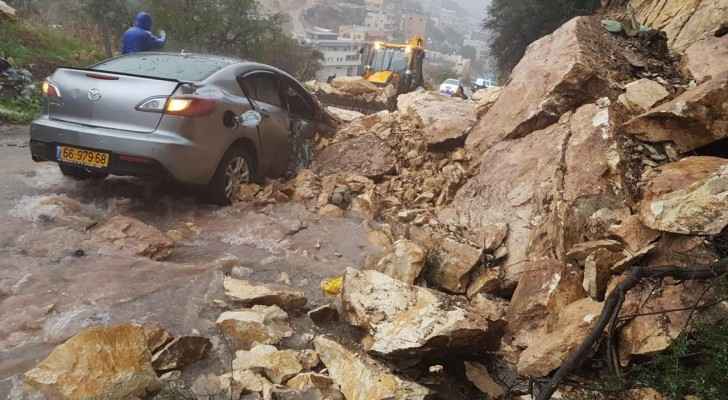 Heavy rains on Thursday and Friday blocked traffic in a large number of areas in the West Bank. Rainwater flooded a number of houses, especially ones in lower areas.

Some vehicles were trapped in high level water as heavy rain caused major roads of Umm al-Fahm and southern Baqa to flood.

Rocks crashed on a car passing by, wounding a woman moderately in the Ein Khaled neighborhood in Umm al-Fahm.

Water flooded some houses in multiple neighborhoods, causing damage to property, and angering many Palestinian citizens.