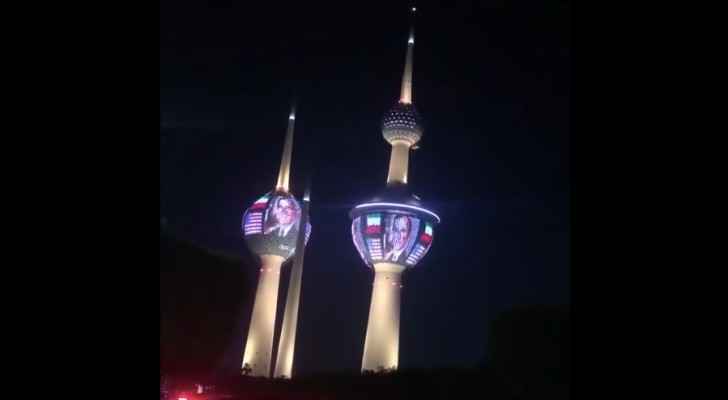 Kuwait paid tribute to former US President George H.W. Bush on Saturday, December 1, by lighting the capital’s iconic Kuwait Towers with images of the late leader, and Kuwaiti and American flags.

Kuwait has had a special bond with the former president since the early 90s, when he firmly stood by the Gulf Emirate during the Gulf War in 1991.

Kuwait’s ruler, Emir Sheikh Sabah al-Ahmad Al-Sabah, said in a letter addressed to US President Donald Trump on Saturday: "On behalf of the Kuwaiti government and people, I express my deepest condolences and utmost sympathy."

The Emir praised Bush’s "historic and courageous stance... and his rejection of Iraq's occupation of Kuwait from the early hours," adding that his support "will remain in Kuwait's collective memory and will not be forgotten.”

Many Kuwaitis were so grateful to the 41st president for backing their country, that they named their children after him.

Many Kuwaiti social media users said that they were heartbroken to hear about Bush’s passing.

"I cried when I heard the news about his death," Cardiologist Farida al-Habib told France 24.

Habib, who said she smuggled medicine to Kuwaiti forces during the invasion, described Bush as an “icon.”

A Kuwaiti army officer, who only went by the name Abu Fahad, told France24 that he was also “very saddened” by the former leader’s death.

"He stood by us even though he was not a Muslim," he said.